Revenues were slowing well before the pandemic due to the NDP’s lack of economic vision and reliance on increasing taxes to fulfill their plans ... MLA Stephanie Cadieux 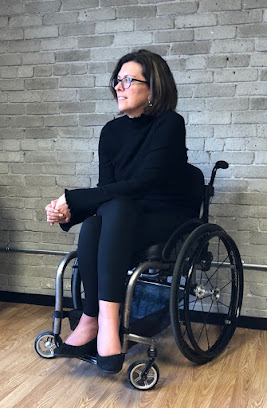 Today's release of John Horgan and the NDP government's public accounts show worrying signs for the future of British Columbia's economy with no economic recovery plan in sight.

“The NDP government’s response to COVID-19 started mid-March, 92 per cent of the way through the fiscal year. In the third quarter update, the finance minister promised a $203 million surplus. So, to blame the $524 million swing to a $321 million deficit on the pandemic is opportunistic.

Today’s public accounts showed that revenues were slowing well before the pandemic. This is entirely due to the NDP’s lack of economic vision and continued reliance on increasing taxes to fulfill their plans. This doesn’t inspire any confidence while John Horgan and the NDP continue to avoid proposing an economic recovery plan,” said MLA Stephanie Cadieux, BC Liberal Finance Co-Critic.

“At a time when people deserve leadership and a plan to get our economy back on track, all they’re getting from the NDP government, which endangered our economy before this pandemic and depleted the billions in surplus left by the BC Liberal government, are delays and inaction.”

The 2019/20 public accounts — which include the first three months of 2020 before the pandemic had any significant effects — already showed British Columbia in a troubling situation with a deficit of $321 million.

The $397 million decrease in personal income tax revenues proves that B.C. households are hurting. The BC Liberals made repeated calls for an economic recovery plan that will help people and small businesses in B.C. but the NDP have ignored the Opposition's concerns and continue to delay.

“Alberta, Ontario, and Quebec have all announced economic recovery plans while British Columbia is the largest province in the country without one. We've been living with the new realities of COVID-19 for nearly six months and yet John Horgan and the NDP have failed to put forward a jobs plan or any semblance of a recovery strategy that will provide the support that families and small businesses desperately need,” added MLA Shirley Bond, BC Liberal Finance Co-Critic.

“Today's economic update underlines the fact that our provincial finances were in trouble even before the devastating effects of the pandemic. Next year will be worse for our province as we are faced with a deficit in the billions and a complete lack of a plan to encourage investment and create jobs. It’s past time for John Horgan and his government to step up and show some leadership. British Columbians deserve so much better.”

The numbers released today prove that British Columbia was put in a risky economic situation last year, well before COVID-19 reached our borders.

2019 was also the year when the NDP collected both the Medical Services Premiums (MSP) and its replacement, the Employer Health Tax (EHT). By charging businesses both taxes in the same year, the NDP left many in a weakened financial state prior to the pandemic.