We never thought the NDP would be so disrespectful to the hard-working people of British Columbia by pulling a stunt like this ~~ Labour Critic, and Chilliwack MLA John Martin 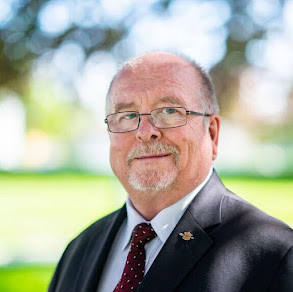 After months of refusing to use WorkSafeBC surplus funding to help workers and businesses buy much-needed personal protective equipment (PPE), it's been discovered what the NDP has chosen to spend that money on instead: hoodies, tote bags and stainless-steel water bottles.

"To say this is an absolute gross mismanagement of funds is an understatement," said BC Liberal Labour Critic John Martin.

"The NDP Minister of Labour Harry Bains said just a few months ago that WorkSafeBC didn't have any money to help buy masks, gloves and other Personal Protective Equipment (PPE) for workers, but they somehow found the means to buy a bunch of swag with the company logo on it?’

“Every worker who has contributed their hard-earned money to WorkSafeBC should be outraged."

I asked John if he’d had a chance to bring this up in Question Period, with Labour Minister Bains;

“Sadly, I did not”, he stated. “I learned about this Thursday afternoon. There was no Question Period on Friday, and likely won’t be anytime soon.”

Friday’s media release, from the BC Liberals, indicated the request for proposal is currently listed on the BCBids website -- has been up since August 4th. Some of the items include stress balls, microfleece hoodies, soft-shell jackets, tote bags, ball caps, stainless steel water bottles, among others.

Referencing the difficulties small business in BC has been having, Martin remarked;

“I’ve been calling for WorkSafe BC to return portion of premiums employers pay to help them with PPE expenses ... Bains has said no, can’t afford it”.

The question begs to be asked then he said, “How can they afford all that branded swag?”

"We never thought the NDP would be so disrespectful to the hard-working people of British Columbia by pulling a stunt like this. What do they need any of this merchandise for, anyway?”

Martin concluded, “In a time where people are out of work, parents are terrified to send their kids to school and COVID-19 case numbers are on the rise, it is very telling just how little the NDP cares about people when they think this is a good idea."