As talk continues around a possible Fall election, BC Liberals announce a shuffle in roles for government Ministry critics 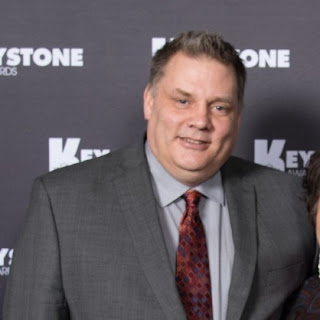 BC Liberal Leader Andrew Wilkinson has made changes to Official Opposition critic roles today to focus on holding John Horgan and his government to account in key areas as the NDP government struggles to respond to the challenges of COVID-19.

“Our province has been facing the realities and challenges of the COVID-19 pandemic for six months now, and the NDP has yet to put forward any sort of plan to restart our struggling economy or help British Columbians who are suffering right now,” said Wilkinson.

“Our team will continue to keep pressure on the government to act on the best ideas and solutions to help make an immediate difference in people's lives as they continue to deal with the pandemic. With a renewed focus on jobs, the economy, child care, housing, education, and mental health and addictions, the BC Liberals are going to be focused hard on the issues that matter most to British Columbians right now.”

One some people would consider a relative unknown – West Vancouver Sea to Sky MLA Jordan Sturdy – will be moving from the back benches to a fairly major role as the critic for BC Hydro. Greg Kylo, who previously held that position has now moved to take on the critics’ role for the Environment and Parks. 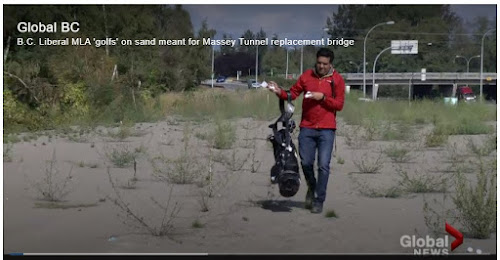 I don’t know about you, however, I for one will miss news reports seeing him golfing on the sand traps alongside the route leading to the heavily congestion Massey Tunnel approaches – this, as part of his spotlighting the long never-ending delays in getting a replacement underway.

Other changes include Ellis Ross taking on LNG, Resource Opportunities and Responsible Development – that change meant a move for Peace River MLA Mike Bernier to the role of Transportation Critic.

Mike De Jong, who in previous Liberal governments has held a number of roles including Health Minister, Government House Leader, and Attorney General -- will now take on the role a critic for the AG ministry.

“Our renewed direction has been shaped by conversations with thousands of British Columbians in every corner of the province as we developed ideas and solutions to help people, non-profits, and small businesses that are all struggling right now,” added Wilkinson.

“By the time John Horgan and the NDP decided a six-week online survey would be their only response to the need for an economic recovery plan, we had already submitted over 60 policies and crafted a plan to get BC back on track. The government has been all talk and no action, so the changes we've made today highlight that and build upon our momentum as we continue to fight for a plan that provides opportunity for all of BC”.