FELDSTED -- The idea of a guaranteed minimum income has never been so viable. Correctly implemented, it could solve many of our economic and social problems 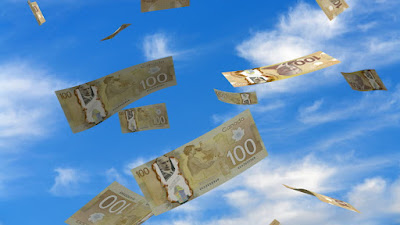 A guaranteed basic income for all Canadians has emerged as the top policy choice of Liberal MPs, just as the Trudeau government is crafting its plan to help people weather the ongoing COVID-19 pandemic and rebuild the ravaged economy ...

The concept of a guaranteed minimum income is hardly new. It is an NDP dream, which is why the liberal caucus is so in favour. It almost guarantees passage of the Throne Speech.

Combine this with the recent announcement of a revamp of the EI program to extend COVID wage loss benefits, and Liberal tactics become even more evident.

The idea of a guaranteed minimum income has never been so viable. Correctly implemented, it could solve many of our economic and social problems.

I have not gone socialist. Please hear me out.

We have dozens and dozens of federal and provincial programs created to help out the less fortunate. They are not coordinated or rational. Some help while others do not. What they all share is high administration costs.

Since the program would erase opportunities for governments to announce plans to give us a tiny fraction of the money, they confiscate from us as a gregarious benefit, I doubt that the Liberal caucus has thought this through

A guaranteed income would erase the need for many of these piecemeal programs.

With a guaranteed income in place, the need for EI disappears. People who suddenly find themselves unemployed have a fallback, which will guarantee the basics. The list of programs that become redundant and unnecessary is long.

The guaranteed income opponents will be the public sector unions. They will lose thousands of jobs with programs no longer delivered. The welfare industry would shrink to a fraction of what it is today. Most social work positions would disappear.

Governments would have to increase personal income tax exceptions to match the guaranteed income, which would benefit everyone. Let's imagine that the income level is $25,000 or $2,083 per month. That is barely adequate for a single person but sufficient for a pair.

A universal minimum wage of $12 per hour would apply. Onerous EI premiums would disappear, relieving employers of a sizeable employer tax burden. CPP premiums would continue, but the employer share would decrease over a decade to nil. People would have the option of monthly contributions to a non-taxable retirement savings plan of their choosing.

The need for daycare spaces would sharply diminish. The minimum income is more than the net income of many working spouses. That opens the door to families deciding on a stay-home parent or a parent with part-time work to accommodate children without the costs of daycare.

As with other plans, a minimum income scheme is only viable if it frees people from tax slavery. Since the program would erase opportunities for governments to announce plans to give us a tiny fraction of the money, they confiscate from us as a gregarious benefit, I doubt that the Liberal caucus has thought this through and is serious.

We don't need more smoke and mirrors to distract us from the failings of our governments.

We have not begun to face the debts and interest load of version 1 and do not need more of the same. Grand assurances of great things to come are an inadequate remedy for the pain most Canadians are facing.