FELDSTED: Wrongdoing ... justification ... refusing to divulge details ... shutting down attempts to get at the truth. These are the opposite of an accountable, honest and open government 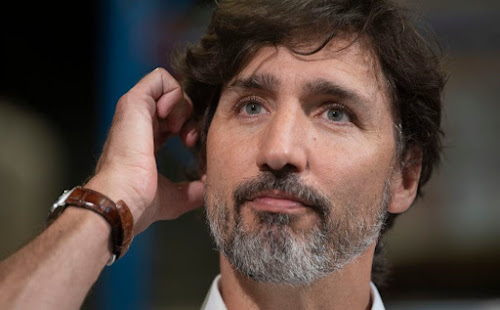 The hare survives using a combination of agility and incredible speed to avoid its enemies. The government of Justin Trudeau is not in the same league as the leporids, but not for lack of trying.

The sunny days, sunny ways promised us in 2015 never materialized. They deteriorated into a series of troubling scandals and behaviour closely related to the hare’s cousin, the rabbit. Rabbits live in underground dens, only appearing when they deem it safe to do so.

The fortress mentality in denying wrongdoing, followed by attempts at justification, then refusing to divulge details and finally shutting down attempts to get at the truth in the SNC-Lavalin, Vice-Admiral Norman and WE charity affairs is the opposite of an accountable, honest and open government.

The deliberate effort to stifle the oil and gas sector is outrageous. Disguising that effort as an environmental initiative is dishonest and self-serving. The loss of billions in investments, tens of thousands of jobs and a significant reduction in Gross Domestic Product (GDP) cannot be justified. That is not in the interest of Canada.

We have endured months of having Trudeau pop out from his Harrington Lake den to announce new tweaks to piecemeal income replacement plans that have no rational framework. Adopting elements of the program on the fly has required adjustments to address many people left out of initial programs.

There is ample evidence that government planning emanates from hired strategists and public relations specialists in the Prime Ministers Office (PMO). It is not credible to imagine that the Throne Speech strategy will aim at the good of the nation rather than positioning for the next election. Benefits for Canadians is secondary.

The worst-hit areas are our major cities, notably Toronto (population 6.2 million) and Vancouver (population 2.6 million). Those are large concentrations of voters. The run-away housing prices in those cities are due to bad planning by the civic and provincial governments. Canadians residing elsewhere should not be required to subsidize major urban centres under any circumstances. They made their bed.

The employment insurance program has required an overhaul for decades. It is no longer a plan that provides short-term assistance to people out of work due to circumstances beyond their control. It has evolved into an elaborate social welfare scheme that does not function well for its intended purpose and is increasingly expensive as a result.

Federal efforts to improve child care availability is treading into provincial jurisdictions. Federal programs are concentrated in urban areas. Resident in rural areas, towns and small cities tend to be left out. The hard fact is that politicians get no benefit from a child care ribbon-cutting ceremony in Kindersley, Saskatchewan. That is discriminatory and unfair.

Pushing a green economic resurgence is inconsistent with the need to reignite our economic engines and produce the goods, services and jobs that will ramp up our GDP and get us back on our feet.

The meme of “build better” is hollow and meaningless. Build better than what?

Where was our pre-COVID system lacking? If it was lacking, why did the government not address the problems?

We must know precisely what is to be fixed and why. Generalities are not acceptable. Damages to our economy and productivity are government-induced, not due to flaws in the system.

Our futures -- and those of future generations -- are at stake. We need an accurate and precise plan as we advance. The government does not know better than the people governed. Election to political office does not create intelligence, prudence and wisdom.

Governance is a service to the people, not a license to manipulate them.