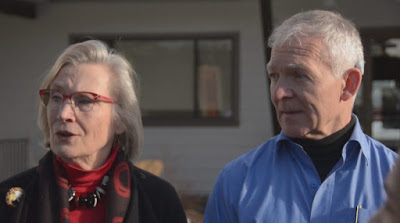 In the Tsilqhot'in Land Claims negotiations in central British Columbia, the Federal and Provincial governments are walking on pretty thin ice. With their determination to appear to be “solving” the issue of First Nations title, Prime Minister Trudeau, Minister of Crown-Indigenous Affairs Carolyn Bennett, and BC Minister of Indigenous Relations Scott Fraser seem willing to simultaneously sacrifice the rights of non-Indigenous people and businesses.

In the six years since the Tsilqhot'in Title Lands were created overnight in 2014, trapping non-Indigenous businesses under a new legal regime, many have been driven to the brink of bankruptcy by government’s purposeful inaction.

“We are not sure what the future holds now”, says Sabina Harris of Harris Ranch.

“The government has arbitrarily cancelled our valid grazing permit and offered no secure alternative to allow us to continue. They don't seem interested in addressing our problems.”

Once thriving tourism businesses, ranches, and guiding operations have been denied permits to operate, threatening their existence, but no attempt has been made to find a solution.

According to Brian McCutcheon, owner of an award-winning lodge now engulfed by the Title Lands, it has handcuffed his business. “Even if we could get operating licenses there is no long-term security”, says McCutcheon.

“The Tsilhqot'in First Nation clearly does not want us on their new lands, and we’ve been hung out to dry by the indifference of our own government, making them complicit in the collapse of multiple businesses. We invested millions of dollars faithfully following the laws of the land but government has made no effort whatsoever to live up to their responsibilities.”

When a similar situation arose with a grant of land title to the Wet'suwet'en First Nation, which trapped the mineral leases of China Minerals Mining Corporation within its boundaries, the land claim was amended to exclude the lease area and allow the Chinese company to continue to operate.

It was legally determined that the company's right to fairness had been violated by government's failure to consult with them prior to the land transfer.

The situation in the Chilcotin is no different. Are the rights of Canadian citizens and businesses less valuable than those of a foreign corporation?

The federal and provincial governments have negotiated multiple agreements with the Tsilqhot'in without any consultation with the non-Indigenous stakeholders who stand to be affected. These agreements are a precursor to a massive land title grant that will affect thousands of Canadian citizens, but government continues to ignore their legitimate worries and concerns.

According to Petrus Rykes of Canadians For Fairness and Transparency, “Minister Bennett and Minister Fraser are conducting backroom negotiations with the Tsilqhot'in First Nation to cede millions more square kilometers of land in central BC, trapping thousands more Canadians, their properties and their businesses in the same situation.”

“What happens then? They say they are consulting with stakeholders, but that is completely false.”

“It is clear that nobody is representing the interests of the region's stakeholders in these discussions” said Rykes.

“Our stakeholder group insists upon three things: A seat at the table to directly represent our interests, fair compensation for all businesses and properties adversely impacted, and our rights as Canadian citizens protected. It is a reasonable request.”