John Horgan has still yet to put forward a recovery plan, and now we know why ... his mind is preoccupied on an election no one wants 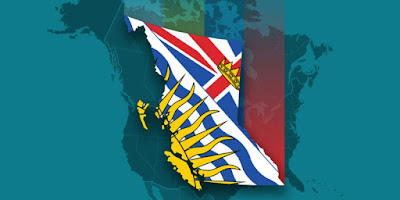 At the same time as Dr. Bonnie Henry laid out the steps needed to deal with the uncertainty of what the pandemic will bring this fall, the Premier gave the strongest indication yet that he plans to put his own political interests ahead of the real needs of British Columbians.

“British Columbians are looking for leadership that ensures we’re healthy and safe and that also focuses on the economic health of our families,” said BC Liberal leader Andrew Wilkinson.

“Today, John Horgan showed he’s not prepared to deliver that and instead, is consumed by the fortunes of his party and not the people he serves.”

After Dr. Henry laid out a comprehensive plan of health measures for dealing with the pandemic this fall, John Horgan refused to rule out an early election and chose to fuel the speculation by saying the Confidence and Supply Agreement (CASA) with the BC Greens is not worth the paper it is written on.

“Everyone I talk to wants all of us to be focused on how we’re going to recover, both economically and health-wise,” added Wilkinson.

“It’s been six months and John Horgan has still yet to put forward a recovery plan — and now we know why: his mind is preoccupied on an election no one wants.”

The BC Liberals have consistently called for Horgan to recall the Legislature for the scheduled fall sitting and present a plan for recovery that can be debated.

“People are hurting, they are stressed about the kids going back to school, and about whether they will still have a job this fall,” concluded Wilkinson.

“That’s where our focus is and that’s where the Premier’s focus should be. It’s time to stop doing this dance around a fall election. He needs to stand by his word and let’s get on with helping British Columbians.”