PECKFORD -- Can BC ‘s Economic Plan Be Believed? When You Misrepresent The Deficit, Can 36 Pages of Goggly Gook Be credible? 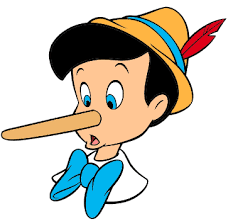 The BC government is in a rush. Never let a tragedy go to waste; especially something like the Wuhan virus.

A new, really, not so new, BC’s Economic Recover Plan of thirty-six pages has been released to the Public.

Something for everyone; but can it be believed?

Just a few days ago the Public Accounts of the province for the year 2019/2020 were presented. And true to form, with past financial accounts, the government disguised the financial picture of the Province.

It continues to mischaracterize the budget — past years it was showing a surplus when there was a deficit. Now it is showing a modest deficit when there is a huge deficit.

You see, just about everyone on this left coast has bought into the government’s notion that a budget is just the operating account.

The budget is the operating account, and the capital account. The federal government acknowledges this reality, and budgets itself accordingly.

So, many surpluses of the past were deficits -- and the deficit of this past year is much MUCH larger than advertised.

The Public Accounts shows an operating deficit of $321 million for 2019/2020. Then the taxpayer supported capital spending is recorded as $4,772 billion.

THAT IS THE DEFICIT for budget year 2019/2020.  We, through the provincial government, have to borrow this amount.

But wait ... that’s not all ... there is self supporting debt of the province.

If one of the provincial government entities that is now paying for their debt gets into trouble, the province will have to pick up the tab. And this is $4,294 billion.

Meanwhile, the BC Ministry of Finance, in its press release of August 31, announcing the release of the Public Accounts for 2019/2020, stated:

So — do you think I believe the BC Economic Recovery Plan?