PETERSON -- Rather than focusing on grandiose policy ideas that aren’t even remotely affordable, we should look at simple ways we can help those who need it the most 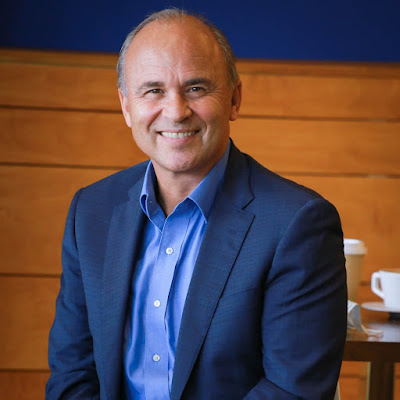 "Universal Basic Income is an intriguing idea whose time has come – and should be shown the door", says Rick Peterson, who is seeking the Conservative Party nomination for the federal riding of Edmonton Strathcona

There’s a much better way to help Canadians get back to work: let’s slash taxes and cut back on government spending instead of trying a grandiose scheme that just doesn’t work.

No doubt, the bright, shiny object that is UBI is appealing to many people. Why not replace a patchwork of support systems, goes the thinking, with a single, level income for everyone?

Because UBI is too expensive, keeps many people away from work and favours rural over urban Canadians.

StatsCan estimates on the total amount of social assistance provided in Canada is around $177 billion per year. If Canada implemented a UBI of $1,000/month per adult, that program would cost us $364.3 billion, which is more than twice what we currently cover in assistance. If a UBI were to include children, that figure would balloon to $450.9 billion.

Beyond questions of affordability, if a UBI is too generous, is can be a huge disincentive to work.

The state of Oregon showed us what happens when income assistance is too high. In response to Covid19, laid-off workers were eligible for upwards of $1000/week in assistance ($600 federal, $400 state). When restaurants and stores started to open back up, those workers en masse opted to remain unemployed because the amount of assistance exceeded what they would have made on the job.

That skewing of incentives is why any UBI scheme has to be extremely modest, and no more than $1000/month. There is ample evidence of that happening in Canada already.

Picking the right amount of assistance becomes more problematic when you consider that the purchasing power of a dollar ranges across each province, let alone the country. A $1,000 per month cheque goes a lot further in Drumheller, where I was born, than in Belgravia in Edmonton Strathcona. Compare Chicoutimi with West Vancouver. And then do Pouch Cove, NL vs. Rosedale in Toronto.

This purchasing power disparity will leave policy makers in an unwinnable position, either having to try and tinker with rates in individual regions based on cost of living estimates, or completely ignoring purchasing power altogether and favouring rural Canadians over those living in cities, which is where most employment opportunities are found.

There is a better way.

And that is to stop making lower income Canadians pay federal income taxes. Let’s nearly double the basic personal amount from $12,069 to $22,500, and have that apply for all Canadians who are in our first two income tax brackets (under $92,000).

Doing so would mean that for 91% of Canadians who pay income tax, their dollars earned under $22,500 would not have any federal income tax taken out, which leaves more money in the pockets of the Canadians who obviously need it the most. By increasing the basic personal amount to $22,500, those at that low-income level would see their income increase with an additional $1,001 in their pockets annually.

This across-the-board tax change would be easy to implement. Low-income earners would have more take-home pay on Day One.  A tax policy change like this is far more feasible, and far less complicated, when compared to building a universal basic income.

Hold it, you say. What’s the cost? Who’s going to pay?

This policy change would impact 25,437,010 Canadian tax filers. The maximum cost of this change, assuming everyone in the first two income brackets gets the $1,001 in tax savings, is just shy of $24.5 billion.

That is a lot more affordable when compared to a UBI, but cost savings are required to avoid plunging our country further into debt.

Luckily, there are some straightforward changes that could be made to cover the entire revenue shortfall. Here are the top 5 that would do the job: Ending corporate welfare ($4 billion), slimming down the federal workforce by 15% ($14 billion), reducing crown corporation transfers by 25% ($2.5 billion), pulling back our foreign affairs budget by 25% ($1.3 billion) and indexing transfers to other levels of government to inflation ($3.5 billion).

Rather than focusing on grandiose policy ideas that aren’t even remotely affordable, we should look at simple ways we can help those who need it the most.

Increasing the basic personal amount is a simple way of helping those who need a hand up, and far more feasible than a universal basic income.

Rick Peterson ... is seeking the Conservative Party nomination for the Alberta riding of Edmonton Strathcona.