THE SIDEWINDER – If the world acknowledges this cheating, racist, lying piece of dung as worthy of the Nobel Peace Prize, we are all in for a very rough ride 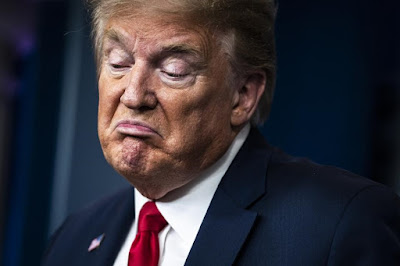 Can someone please explain how piece of dung Trump gets nominated for the 2021 Nobel Peace Prize?

This guy can't even bring peace to his own country and has referred to some African and North American countries as 'shithole' countries.

Now some Norwegian toady nominates Trump for this prestigious honour for his supposed role in brokering peace between Israel and the United Arab Republics.

It's inconceivable to me that the racist Trump can even be thought of as a peacemaker.

I'm just cynical enough to think that there's a quid pro quo between Trump and his Norwegian stooge nominator.

Trump probably initiated the whole thing in hopes of winning the Nobel simply because Barack Obama won the same prize a few years ago.

If the world acknowledges this cheating, racist, lying piece of dung as worthy of the Nobel Peace Prize, we are all in for a very rough ride.