THE SIDEWINDER – We must remain forever vigilant to ensure that we don't slip into the same single-minded, unbending approach to politics, religion and culture 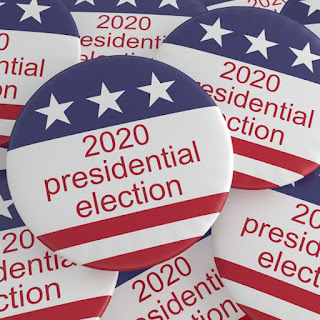 Donald Trump is much like the weather – everyone seems to have an opinion of him.

It becomes difficult, if not impossible, for many people to understand his rise to power, and how so many of his supporters continue to almost worship the man.

Many people have told me that it really doesn’t matter to Canada who wins the American election ...  those people are overly optimistic or blind.

I have many good American friends who fall into the ranks of ardent Trump supporters. These are intelligent, successful and well motivated folks whom I continue to admire -- but fail to understand.

One common factor with many die-hard Trump supporters from the southern states is their unfaltering faith in their concept of the Bible and God.

I recently asked a lady from Georgia to explain to me how Trump got elected. She told me, “God intervened in the election because Trump was His chosen one. God picked Trump to rid our land of the evil ones.”

Another devout Christian sad, “We elected a president, not a saint.”

Other than to attend funerals, I haven't been inside a church for decades and so I simply have no inkling of how to respond to that devout faith ... and almost total lack of tolerance for anyone who doesn't share their beliefs.

There is one thing of which I am certain; we must remain forever vigilant to ensure that we don't slip into the same single-minded, unbending approach to politics, religion and culture for that would separate us from what we stand for as Canadians.

The November 3rd election date for Americans is rapidly approaching and the choice is clear – either Joe Biden wins or the world will be forced to endure another four years of Trump’s buffoonery and intimidation.

Many people have told me that it really doesn’t matter to Canada who wins the American election ... those people are overly optimistic or blind.

Socially, fiscally and in many other ways, we are deeply affected by whatever happens in the United States. Both countries depend heavily on the mutual trade between our countries and that affects almost every aspect of our lives.

We have, and will hopefully continue to have, the longest undefended international border in the world but that mutual trust and friendship could be threatened if Trump is re-elected.

In these perilous times, I believe the United States and the world needs a conciliator, not an agitator, in the White House.

That person should be Joe Biden.


SANDY Macdougall ... is a retired newspaper reporter. He was elected for three consecutive terms to Maple Ridge municipal council in the late 1970s and early 1980s, and also ran for the Progressive Conservatives in Kim Campbell's ill-fated federal election campaign. He now makes his home in the BC interior community of Kelowna.