WUN FEATHER - The reason my dad swore out loud, was because Pierre Elliott Trudeau was attempting to force his White Paper through parliament 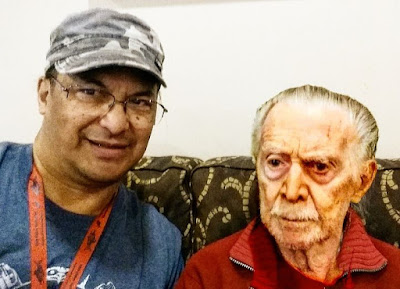 My father would have been 96 years old yesterday ...

The majority of my friends remember him as their teacher, or as the principal of a school they went to. Some remember him as a big game hunting guide, a trapper, or as an old-time range patrol officer.

But my dad actually worked for the BC Forest Service, and was stationed on look out tower when I first came along in '57.

His dream was to live on his Stikine River ranch, and so he went back to school to become a teacher.

As he was earning his degrees, I learned more than you can imagine through osmosis.

Having a father who studied for his masters, and then his doctorate in English while I was in elementary school, had its pros and its cons. He literally force-fed grammar and diction to me, even when we were on horseback in the Sawtooth range, or mushing the sled dogs on the trapline.

He often reminded me that the only reason people use vulgarity and obscenities, is because they lack the vocabulary and intelligence to express themselves in a concise manner.

I never heard my dad utter an invective until 1969 -- I was 11 years old. The reason my dad swore out loud, was because Pierre Elliott Trudeau was attempting to force his White Paper through parliament.

My dad knew that Pierre hated us Indians.

At the time, my dad was a principal at an Indian day school. He knew that Trudeau wanted to assimilate us natives into the rest of Canadian society, and to get rid of the Indian problem once and for all.

I remember that moment in time like it was yesterday, even though it happened 52 years ago.

Well, as much as I loved my dear old dad, I am glad that he is not alive today to see how Pierre's useless son (Justin Trudeau) is destroying our country. I bet you anything that I would be learning a few choice vulgarities right now.

And I love the memories of my dad too much to have them clouded over by Liberal stupidity.

Happy birthday to the greatest dad a man could ever have ... and thank you for raising me to be an intelligent, and hardworking Conservative.

I am one of the last of my generation to have actually attended residential and Indian day schools. I have lived on and off reserve, and have seen the benefits and the hardships of my people in both situations.