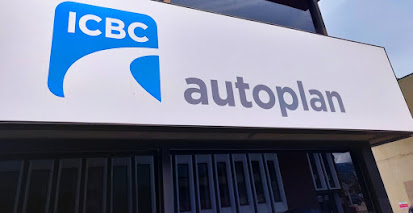 British Columbia’s Attorney General has described the state of the government-owned Insurance Corporation of British Columbia (ICBC) as a “dumpster fire” and was justified in doing so. The Corporation lost $1.3 billion in 2018 and a further $1.2 billion in the following year. These losses had totally exhausted ICBC’s capital and regulators would have shut down a private insurer in the same condition a long time ago.

The sad state of ICBC’s finances results from government interference. It has been saddled with financial responsibilities uncommon for other auto insurers: the BC government drained off $1,050 million from ICBC into general revenue between 2010 and 2015 and has limited its ability to raise its premiums.

The cap on rates has caused ICBC’s revenue to rise more slowly than its costs. In 2018, the cap alone caused a revenue shortfall of $415 million.

ICBC’s insurance costs are generally the highest in Canada and are even higher when its losses are taken into account. As a monopoly it lacks any competition to keep its rates low and to provide a benchmark for its performance.

The present BC government deserves credit for tackling the dumpster fire.

It has introduced legislation to prevent further raids on the ICBC piggy bank. It has also made the insurer’s operations conform to commercial principles by requiring bad drivers to be responsible for their performance and by charging beginning drivers more than others. As a major step, it also plans to introduce no-fault insurance. How much these measures will improve ICBC’s financial condition remains uncertain.

These measures, however, do nothing to solve the source of ICBC’s problems: it will still be owned by the government, with the overhanging threat of government interference. It will continue as a monopoly without the pressure of competitors to keep its rates low.

Many have called for the privatization of ICBC. But privatization can be done in different ways and the way that is chosen matters.

ICBC could be privatized in the way that the previous government sold BC Hydro’s gas division as a complete unit to a private interest. The sale solved the problem of government ownership but left the monopoly for gas distribution in private hands. Opening up British Columbia’s basic automobile insurance business to new competitors would be the best way to privatize automobile insurance. This reform would foster innovation and lead to lower consumer premiums than the alternatives.

Unfortunately, ICBC has placed a major obstacle to competition by its unwillingness to share drivers’ records with other insurers. Such records are vital to insurers trying to sort bad drivers from good. This lack of information sharing has already stifled the competition from private insurers allowed to do business in the optional market.

It will do the same if competition is permitted in the larger basic market.

Unless this obstacle is removed, private insurers cannot be significant competitors in the basic insurance market and may avoid the market entirely. Information sharing among insurers must be part of any reform to introduce competition.

The Government’s recent measures to stem the flow of red ink at ICBC should not be the end of reform. Opening the market to competition is the best way to benefit consumers and should be the next step.