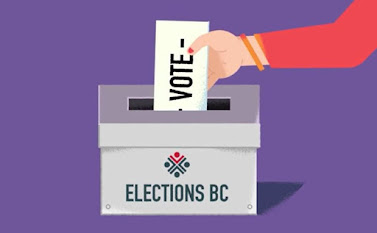 Living in a democracy is a wonderful thing, but it comes with responsibilities such as voting and being involved.

When the dust settled on Saturdays (October 24th) BC election, less than two thirds of the eligible voters* took the time to vote - but the loudest bitchers will probably be among the more than one third of voters who sat on their asses and complained about how all politicians are crooks, etc.

How many of you constant whiners have ever done anything close to becoming involved; or do you just like sniveling to hear your own voice?

Are you one the arseholes who likes to take advantage of everything our democracy has to offer, without ever contributing anything? And I don't want to listen to your crap about paying taxes, blah, blah, blah.

There's more to making democracy work than simply voting and then sitting back and let others carry the ball for you.

Too many people seem unwilling to get involved - and follow-up - to make sure elected politicians live up to their promises.

If you have the freedom to vote, you also have the responsibility to do more than whine about things when it isn't working the way you would like.

Just quit your constant damned whining and do something positive about it.

Sandy Macdougall ... is a retired newspaper reporter. He was elected for three consecutive terms to Maple Ridge municipal council in the late 1970s and early 1980s, and also ran for the Progressive Conservatives in Kim Campbell's ill-fated federal election campaign. He now makes his home in the BC interior community of Kelowna.