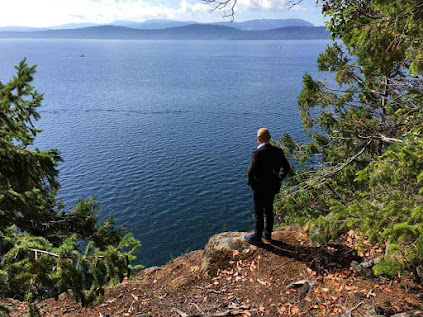 For nearly a decade Capital Regional District (CRD) Electoral Area Directors from Salt Spring Island, the Southern Gulf Islands and Juan de Fuca have been advocating for a change in their designation from urban to rural.

There is no doubt that these unincorporated communities are rural, however because they are members of the CRD they are deemed urban. As a result, they are not able to apply for important supports designed for rural communities.

The BC NDP finally made the change on the eve of the snap election this Fall.

However, the change was not afforded to all the communities, only the communities in Premier John Horgan’s riding (Juan de Fuca) benefited from Order in Council 533.

In Question Period I asked new Hon. Ravi Kahlon, new Minister of Jobs, Economic Recovery, and Innovation about this situation.

The southern Gulf Islands, Salt Spring Island and Juan de Fuca communities are rural, but because they are electoral areas within the capital regional district, they are deemed urban.

The urban designation limits these communities from applying for important grants for rural communities outside the CRD. For years, electoral area directors Dave Howe, Gary Holman and Mike Hicks have advocated for change.

They could only be deemed rural, though — they were told — if they were included within the Island Coastal Economic Trust, or ICET.

There has been an enormous amount of advocacy for change that should have been done long ago. The province has consulted with ICET for more than three and a half years.

Wouldn’t you know it, on Sunday, September 20, on the eve of the snap election called, the B.C. NDP issued Order-in-Council 533 to pass a designation change for the ICET. However, the NDP made only a change to the Premier’s riding. Juan de Fuca was added, while the Gulf Islands were left out.

My question is to the Minister of Jobs, Economic Recovery and Innovation. Has the minister issued the second half of that pre-election order to change the urban designation of the Gulf Island communities in my riding?

I want to thank the member for the question — my first question in the Legislature. I appreciate him asking. And I also appreciate his letter that came to me, I think, 30 minutes after I was sworn in as the minister for this file.

What I can commit to the member is that I’m happy to continue this conversation with him after this chamber rises today. It’s certainly something we are reviewing right now. I’ve asked staff to get me a full briefing on that, and it’s scheduled for next week.

I appreciate the invitation to have another conversation. The reality for the southern Gulf Island communities and for Salt Spring Island is that they’ve been conversing about this with this government.

I’ve been conversing with this government, with successive ministers in that ministry for the last 3½ years. The advocacy has been going on for more than 7 years.

To think that we would have to be continuing a conversation about whether or not these communities are rural is absurd.

The reality here is that without this designation change, these communities do not get access to grants that they rightly deserve — for example, for COVID recovery.

These communities are tourism-based communities that have been hit so hard by COVID, they are in and having an extensional crisis right now, this moment. So, we can continue to converse about this, or we can just do the order that needs to be done that was done easily.

In fact, what’s really crazy about this is that there was an act. There were words on paper. All they did was exclude the communities from my riding.

This is excluding them from being able to apply for broadband access which is going to help diversify their economy.

This is likely going to exclude them from applying for money that this government announced earlier this week for mental health and addictions treatment.

We’re done having a conversation in the southern Gulf Islands. We need action.

My preference is that the minister put through the order to complement the Premier’s advantage that his communities got. My question is to the minister. “When is he going to do it?”

Again, thank you to the member. As I said, I’m happy to have our first conversation, not a continued conversation.

What I would say to the member, and I think he raises concerns around tourism…. I know that many people in the tourism industry have been greatly impacted by the challenges of the pandemic. And you know, we have $19.4 million available for tourism-dependent communities. I’m sure we can talk to the member, also, about how some of those communities can have access to that funding.

But again to the issue that he raises, as I committed to him in the previous question, I’m certainly happy to meet with him. I look forward to my briefing with my new deputy minister as well, and we’ll get back to him shortly.

Adam Olsen (SȾHENEP) ... is the MLA for Saanich North and the Islands and member of the B.C. Green Caucus.

He was first elected to the British Columbia Legislative Assembly in May 2017 and re-elected in October 2020.