I have always believed in democracy and that as Canadians we have a tent big enough include all our political persuasions, and that we can achieve more working together with respect. 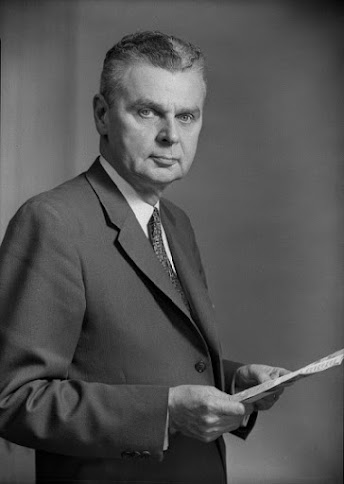 We were living in Kitimat during one federal election when John was the leader of the Conservative party. I still remember painted footprints on the sidewalks with the words “Follow John”, ingenious!

Our candidate for the NDP on this election was Frank Howard who was the MP for Skeena for many years. We had worked with Frank for a long time and admired him immensely. The conservative candidate was a fellow named Art Bates, the manager of the TV station in Terrace.

Many of us in the NDP were fully aware of Frank’s background. As a troubled youth, who went from a very bad family situation into the foster care system, he got into trouble with the law. Frank served 20 months for robbery. After he did his time he straightened out, became a logger and union activist, and ultimately politically active. His past was never an issue to those who supported him.

It seems, however, that Mr. Bates and others in the campaign got hold of the story and were determined to publicize it and use it to their advantage.  Now John Diefenbaker comes into the story.  After he got word of this plan, Mr. Diefenbaker said ‘absolutely not’, Frank Howard has paid his debt to society and served his country. He squelched that plan!

Frank Howard at this point decided to share his story with the voters. There wasn’t a dry eye in the crowd as Frank spoke of his life from that very TV station in Terrace. He was handily re-elected! You can check him out on Wikipedia. His book from “Prison to Parliament” is a great read.

My second story about John Diefenbaker took place years later when we lived in Flin Flon Manitoba.  John was doing his farewell tour before retiring; he was coming to Flin Flon and there was to be a special dinner for him and all the local Conservatives eager to see him.

At that time, I was doing some door knocking for the NDP. I went to an area of town where many widows of employees at the Hudson Bay Mining and Smelting Company lived. It was a notorious Conservative area, but I went anyway.

The usual greeting I got from these elder women was, “No point coming here, I’m a Red Tory!”

My response was, “Well, you must be so excited that Mr. Diefenbaker is coming to town, are you going to see him.”

Most all of them said they had no way to get there, or their children were busy people and couldn’t take them, etc. They were obviously deeply disappointed as this would be their last chance to see John Diefenbaker.

I decided to make a call to a friend of mine from church, who was a leading light in the Conservative party, and told her about the ladies. I asked if there was anything she could do. She said to leave it to her. Those ladies were all picked up and taken to see their beloved leader.


Arleen Simmonds is, and I quote, “... very much a political animal having been a committed socialist since my first vote at 21, now 60 years ago!”

After spending many years heavily involved with the NDP, she is now a supporter from the sidelines.