FELDSTED -- These are solemn duties the Prime Minister undertakes, including a duty to abide by the constitution, not a mandate to act as he pleases 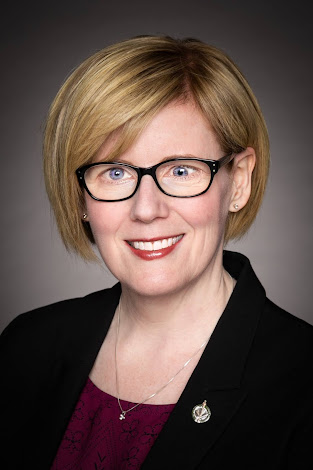 Employment Minister Carla Qualtrough talks about Canada's pandemic programs, the mistakes that were made and why some Canadians will have to pay back CERB (Nick Taylor-Vaisey ~~ Maclean’s ~~ December 16, 2020)

Carla Qualtrough was the cabinet minister who oversaw attempts to fix the Phoenix pay debacle that saw public servants paid wacky amounts, or not at all, for long periods of time. Qualtrough was also the procurement minister as a massive national shipbuilding program faced repeated, years-long delays. She was no stranger to portfolios with big problems when, back in March, she was employment minister as the bottom fell out of the economy and millions of Canadians were out of work.

In April, Qualtrough spoke to Maclean’s about her government’s rapid reaction to the crisis. Back then, she hoped to convince the country that governments can pull off extraordinary achievements if they’re allowed to take a few risks.

As 2020 comes to an end, Associate Editor Nick Taylor-Vaisey asked Qualtrough what went wrong during the rollout of the Canada Emergency Response Benefit (CERB) that was sent to 8.9 million Canadians, what happens to CERB recipients who applied in good faith but are actually ineligible, and how the pandemic transformed federal-provincial relations.

The headline sums it all up. More epic fails for our federal government. If you have time read through the interview. It is quite revealing.

Liberals are not risk-takers. Risk takers put their personal reputations, assets and efforts on the line and live with the results. Many entrepreneurs suffered one or more failures before they got it right and were deemed successful.


Liberals make deals with supporters, both people with deep pockets to finance their public relations efforts and groups of people who support them with votes in return for preferred treatment. They prefer to engage in political games with loaded dice.


Liberals twist language in their favour. Consider the term “mandate”. If they win an election, liberals claim to have a mandate to govern. A mandate is an official order to do something and is not part of a democratic election.


The Canadian Prime Minister is appointed, not elected. By convention, the leader of the political party with the most seats in the House of Commons following an election is offered the position of Prime Minister. He has to swear an oath of allegiance to the Queen, an Oath of Ministerial Office and an oath of office as a Privy Councillor if he is not already a member.

These are solemn duties he undertakes, including a duty to abide by the constitution, not a mandate to act as he pleases.


We need to rid ourselves of an autocrat who assumes powers instead of responsibilities and avoids accountability. Taking risks with public funds while threatening the economic security, freedoms, livelihoods and rights of Canadian residents is a disgusting abuse of power.


The government has not admitted responsibility for the Phoenix pay debacle. Any private corporation or not-for profit entity would have found those responsible and fired them for cause. Our government pretends that no one is responsible. It does not work that way. The Prime Minister and Cabinet are collectively responsible. They have arduous duties to oversee and if they fail, must resign or face dismissal.

If they can’t find the culprit, they must collectively resign in disgrace.


Parliament is not a middle-years school where students are awarded medals for participation. Cabinet level decisions can have serious effects for large numbers of the population. Such decisions need to be carefully weighed to ensure minimal adverse effects on members of the public. When our representatives fail us, they must be held to account.


Representation without accountability is an affront to democracy. The principle holds equally for representatives on opposition benches. They have a duty to examine decisions proposed by government and to propose alternatives and improvements where possible. The opposition must be a positive force working for the best interests of the public.

Parliament is not a debating society where opposing views score points for making the other side look bad. That childishness must end.