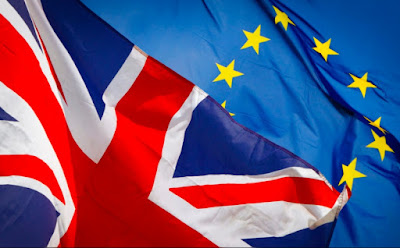 Britain is out from under the cloak of the European Court. That, in itself, makes the Brexit deal worthwhile.

As Melanie Phillips, a keen observer of the British scene says; ‘That’s principally because the deal frees the UK from the European Court of Justice, and thus from the power of the EU to impose its will through laws that bind the British parliament. So the UK is now able once again to create its own laws and policies in accordance with the democratically expressed wishes of the people, as well as trade with the EU without tariffs or quotas.’

So, the rest of the deal, 1200 pages, is really a trade deal and in that there was give and take. There will be arbitration boards, and some losses there can be expected, but it will be on things like tariffs and not on sovereignty — unless future governments, like many of the past, get soft and gradually cede the hard-fought gains to remain sovereign.

Is anyone listening in Ottawa and Washington?

These extensive trade deals (transpacific), climate deals, and the present fantasy with reset are ominous signs that North America - north of Mexico – has learned nothing, zero, zilch.

Through all of this the elite who turned down their noses, and many who even wrote about the stupidity of the British commoners, must now clear that egg from their ugly faces.

Nation states matter, sovereignty matters, so we do not all become run by unelected bureaucrats - in some far-off land - sucking the power from the people.

Surely, the COVID czars provide the first real ominous warning of what seems likely to come.

The Magna Carta gave rights to the people not the hereditary Queens or Kings.

Europe almost became the modern royalty, snatching away British sovereignty. But the so-called ‘deplorables’ said NO, reaching back over 800 years.

One shining light in a world of rotten governments, and in Canada the decline of democracy for fourteen years in a row -- according to Freedom Watch.

Brian Peckford ... was elected in 1972 to the Newfoundland Labrador House of Assembly. He became Premier at the age of 36, and held the leadership of the Progressive Conservative party -- and government -- from 1979 to 1989.

Since leaving politics, he has conducted public inquires for the governments of British Columbia and Canada, served on numerous Boards, and been active in public affairs.

In 1993 he and his wife Carol moved to British Columbia; they now live in Parksville.