TOM BIRCH -- The Church, The Bible and Christmas

This commentary is one of two opposing opinions being shared today. The other is by Sandy Macdougall, a retired newspaper reporter and former Maple Ridge municipal council. CLICK HERE to read the commentary by Sandy 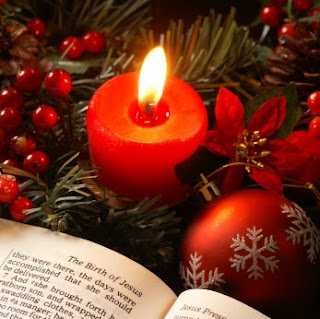 In the western world today, Secular Humanism is the dominant view and it is held with what can only be called a religious furor. When I was a boy, the unspoken beliefs that underpin this view were just beginning to overtake the Judeo-Christian worldview that, until then, had been more widely accepted.

The assumption that only the material world exists was replacing the belief that we live in both a material and a spiritual world.

The assumption that science can explain everything that there is was replacing the belief that the domain of science was limited to the observable universe and that only God could explain deeper meaning and the longings of the heart.

A generation ago, our society may not have been particularly Christian, but they could comprehend to some degree the motivations of the church. As the divide between the majority culture’s belief system and the church’s belief system has grown, it is harder and harder for the mainstream culture to fathom the driving force of Christian philosophy.

The cosmic story of Secular Humanism is that evolution will be the salvation of the human race. The goal is to evolve to the point where we can overcome the things that cause us to suffer.

The ultimate good, if random chance can be good or bad, is that individuals would be free to do as they choose without negative consequences. This is far removed from the cosmic story of the Bible. It tells of a good God who created the world but in giving his creation free will, has had to watch them turn away and bring evil into what was created as good.

The Christmas story begins the life of Christ, who is revealed as the answer to the root cause of suffering, which is our separation from God. The Christian message is one of God’s love for all mankind, that Christ would take our punishment and make a way for relationship with God to be renewed.

This is nonsensical to an amoral world view where life is random and there is no basis for good or evil. The whole thought of sin or punishment is unthinkable (at least until someone feels their own person has been violated and then they may demand justice, but that is out of place in a godless creation). Indeed, the declaration that a moral standard exists is logically offensive to the secular humanist.

Christmas is a time when Christians celebrate the coming of the Messiah who, according to Daniel 9:24 would finish transgression, put an end to sin, atone for wickedness and bring everlasting righteousness.

In this very difficult time, we are seeing suicides and overdoses up while mental health is down. Christmas, a time when mental health is often at its weakest ebb in those without strong family connections, promises to make a bad situation even worse.

Some churches in Chilliwack have been fined tens of thousands of dollars for defying the order to shut down. For them, the biblical command to ‘feed the sheep’ is in conflict with the government’s command to close. They are reaching out in love to keep people healthy and alive. Their intent is to help and they have placed themselves in harm’s way to do so.

Normally these people would be the first to obey government and police. What but the love of God could make them feel forced to rebel?

My own church is physically closed and on-line only, and I am not trying to open it against health orders. But I understand the desire. I see the mental stress on many people both from my church and in my community at large.

I don’t know if we have explored all the ways that we can support people from a distance but the statistics suggest that the longer the shutdowns stay in place more people there will be who are adversely impacted and the more non-COVID deaths we will see. We are in a balancing act where we all need to be understanding of each other.

Into even a Christmas like this, a son is born, a child is given and a message of hope goes out to a very weary world. We need not be alone and separated from God. Rather, Jesus is called Immanuel, which means ‘God with us’.

May you find peace and hope with God this Christmas through the gift of his son, Jesus Christ!