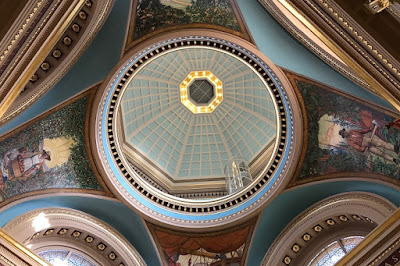 In the rotunda of the British Columbia Legislature there are four murals representing British Columbia’s “founding” industries – agriculture, fishing, forestry and mining.

While there remains good opportunity in agriculture and mining, the fishing and forestry sectors have been in a state of decline for decades as a result of horrendous resource management policies.

As a kid trawling the Saanich Inlet for salmon with my dad, I had the miserable experience of witnessing what the end of the of a once glorious fishery looks like. I carry with me an inexplicable sadness knowing that I represent the last generation to regularly fish salmon in the inlet. It’s deeply disturbing when you consider that the Saanich Inlet produced abundant salmon for countless generations of my W̱SÁNEĆ ancestors.

When European ships appeared on the Pacific shores, the occupants settled and established a colony to exploit the bounty of the valleys, mountains, forests and seas. In the earliest days, the settlers partnered with local Indigenous resource developers to provide provisions. As time passed, the Indigenous people and villages became unwanted competition for the settlers.

Over thousands of years on the coast, Indigenous people developed entirely different relationships with nature than the perspective that the European newcomers brought with them.

I’m by no means an expert, however I encourage you to check out my speech on May 7, 2018 where I highlight the relationship my W̱SÁNEĆ family shares with our relatives the Pacific salmon.

That is just one example of my work in the Chamber on the critical issues facing our fishing and forestry sectors, I’ve stood dozens of times demanding government transform the relationship from the exploitative colonial approach to more closely reflect the approach of coastal Indigenous nations.

As we come to terms with the collapsing wild salmon stocks and devastated ancient forests, the result of utterly mismanaged landscapes, reform is one of the few options we have left. The BC NDP can no longer deceive themselves that the status quo approach will continue to support the provincial economy or coastal communities.

In light of this I want to highlight Stephanie Wood’s recent article in The Narwhal, (Want to save BC salmon? Bring back Indigenous fishing systems, study says). It’s clear the ancient Indigenous resource development technologies offer our future a glimmer of hope.

No doubt we would have been better off if those early European settlers paused a moment to pay respect to Indigenous craft and ingenuity, however they did not. It’s my sincere hope that this generation of governors will take the opportunity that our predecessors were unwilling to. 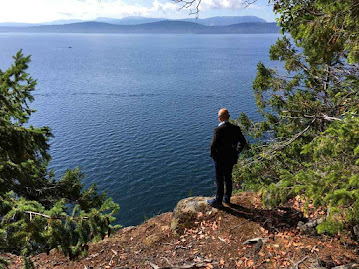 Adam Olsen (SȾHENEP) ... is the MLA for Saanich North and the Islands and member of the B.C. Green Caucus. He was first elected to the British Columbia Legislative Assembly in May 2017 and re-elected in October 2020.