Preparations for Wednesday’s inaugural ceremony in Washington are incredibly unsettling. What should be a celebration of a new President is taking on the trappings of a medieval castle preparing to ward off hordes of barbarians just over the hills on the horizon. 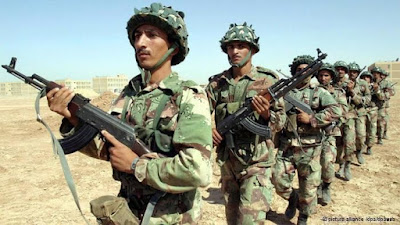 The last time we saw a similar spectacle was when Baghdad Bob was
touting the powers of Saddam Hussein’s palace guard brigade during the last few days of his regime. The resemblances are eerie and scary.

The mainstream media has deteriorated into a series of scandal sheets on steroids. Rumours are reported as facts, and speculation is accepted as real. We have never seen an equivalent abdication of responsible journalism, even in wartime.


Incredibly, the miles of barriers, razor wire, closed streets, National Guard units, police and security personnel are to protect the President and political class from the people they were elected to serve. The fortress mentality exhibited is incompatible with a free democracy.


What has gone wrong with the American dream? Watching videos of the attack on the capitol building was surreal. Many of the ‘attackers’ looked more like tourists with the cell phones at the ready, recording whatever they saw. There was little evidence of armament other than wooden sticks.


I do not doubt that professional agitators were leading the charge and egging the crowd on; that is now common in North America. They infiltrate peaceful protests and try to turn them into riots. The US had a summer of protests that turned into riots with looting, arson, and bloodshed.

Governments have failed in their duty to maintain order and keep the peace. Politicians are committed to acquiring power with a side order of graft while ignoring their oath to carry out their constitutional responsibilities. 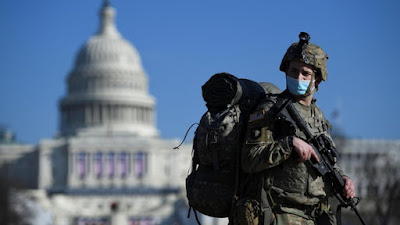 Current preparations in Washington are hazardous because they portray a federal government under siege by armed insurrectionists. Spreading rumours about an insider insurrection further heighten the image of a government under attack. The stage is set for deterioration into chaos.


Putting state capitols on high alert for local insurrections is adding gasoline to a campfire. There will be one or more state governors who will attempt to curb civil liberties to pre-empt a fictional insurrection.

Without careful handling, insurrection fears will lead to the real thing and civil war.


Should that occur, the establishment and political class will lose. A civil war will pit millions who treasure family, home and community against a few thousand elites protecting their positions and power; the elites will not do well in a rough and tumble.


President-elect Biden has given lip service to healing divisions and wounds, but it will take prompt action to avoid the deterioration of a highly stressed public. Two key elements are missing from the republic at present – faith and trust. Restoring confidence in the future and trust in governments is a tall order.