GREG KYLLO – The secret ballot allows us to make our own decisions free of judgment or pressure from our co-workers, neighbours, friends, and families 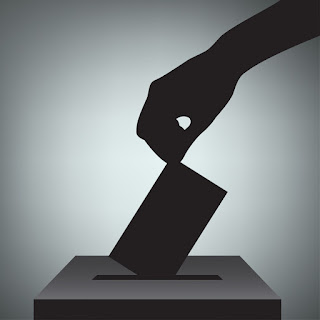 This past Fall, British Columbians from all corners of our province — myself included — headed to the polls to cast our votes in the provincial election. Anyone who checked a ballot knows that, regardless of how we choose to vote, it is our business and ours alone. Our ability to cast our ballots anonymously has been one of the most fundamental tenets of our democracy.

The secret ballot allows us to make our own decisions free of judgment or pressure from our co-workers, neighbours, friends, and families.

Unfortunately, eliminating secret ballot votes for union certification seems to be a major New Year’s resolution for Premier John Horgan and his NDP government. They have made no secret of the fact that this is at the top of their ‘to-do’ list in order to maximize unionization across B.C.’s industries. Reverting to a card-check system will allow pro-union workers and advocates to single out co-workers who are less willing and pressure them into unionization.

I support unions — but I also fully support the rights of workers to decide for themselves whether or not to unionize, free of outside pressure or influence. If the NDP continues to stack the deck in favour of unionization in order to push its discriminatory “pro-union” agenda, it is not only non-union workers across B.C. who will get the short end of the stick, but all B.C. taxpayers.

When John Horgan applied his ironically-named ‘Community Benefits Agreement’ (CBA) to some of B.C.’s major public infrastructure projects, it locked out any tradespeople or companies who were not a member of one of the NDP’s 19 pre-approved unions — many of which are based in the U.S. — from bidding or working on them.

And it’s not just non-union workers who got to experience the ‘benefit’ of this new deal. British Columbians are forking over millions in additional taxes to pay for the skyrocketing costs on these projects as a result of CBAs.

The Trans-Canada Highway expansion near Revelstoke saw a cost jump of 34 per cent. The Pattullo Bridge replacement is estimated to jump by at least seven per cent, and it is estimated that B.C. will see hundreds of millions in additional costs for public infrastructure projects over the next four years under this new agreement.

Under the NDP’s CBA, the vital Salmon Arm West Trans-Canada Highway expansion has been down-scoped from 6.1 kilometres to only 3.3 kilometres for $20 million more than the original budget.

When MLAs return to the legislature this spring, I would not be surprised if the bill to eliminate the secret ballot is tabled. If it is, my BC Liberal caucus colleagues and I have every intention to stand up for workers’ rights and ensure their votes remain their business and theirs alone.

Greg Kyllo ... was elected as the MLA for Shuswap in 2013 and re-elected in 2017; he currently serves as the Official Opposition Critic for Environment and Parks and was appointed by the Legislature to the Select Standing Committee on Aboriginal Affairs.

His interest in politics began after watching his father, an active member in local politics, serve as both councillor and mayor of Taylor. Greg sat on the Sicamous District Council in 2011 and was appointed deputy mayor. He was also the chair of the Finance Committee and served on the Sicamous Economic Development Board.