Note ... the numbers presented in this commentary are an approximation 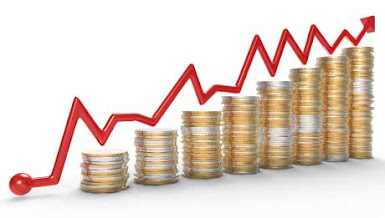 My guess is that most people will not want to read this as it is too long, too boring or people will think it is not relevant to them. But it is what it is.

As we approach a new BC budget with a MASSIVE deficit, these are the problems we all face as a society. The term “more” takes on a very different meaning when you are borrowing at an unsustainable rate from the future. This is a recipe for fiscal disaster but perhaps that should be the topic for another post.

So, what does “more” really mean?

It means a desire for an increase without having to pay for it. In other words, it is great to ask for more as long as someone else is paying for it. But how does a BC government provide more?

At $5 per ton increase to the carbon tax represents a $250 million increase in government revenue (in case you are wondering why the government supports raising it to $170 per ton from the current $40 per ton).

There are three ways a government can provide “more”.

First, raise taxes. This is problematic as it means taking more to provide more. Second is to reduce spending. In other words, take away services, wages, employment, etc… and redirect that money to other priorities. The last way is to grow the economy and therefore get more tax dollars from that economic increase.

BC’s economy (pre pandemic) was around $253 billion which through taxation and other revenues supports BC’s budget of about $60 billion. This roughly translates to (without any changes to taxation or other revenue increases) $1 of government revenue for every $4 of GDP. So if you can grow the economy by 3% ($7.5 billion) that means government revenues would grow by approximately $1.8 billion. This is why increasing economic growth is the best way to meet the demand for “more”.

The NDP government is focused on the first option which is raising taxes. They have already increased taxes by more than $13 billion. So perhaps let’s look at just what this means.

According to recent studies, about 42% of people are within a very small amount of money per pay cheque from not being able to make ends meet. The majority of those are already having to borrow money to make ends meet. In BC, there are more than 2 million people who don’t pay income taxes. That means if you want to raise money as a government you have to be very careful.

If you raise taxes on the bottom 45% of the people, what you are really doing is making it less affordable to live. In other words, you are reducing their standard of living. This also means it will increase the demand for government support.

Raising taxes on the remaining 55% will also reduce their standard of living but will not necessarily mean an increase in the demand for government support.

BC will have a deficit of about $15 billion. BC’s economy will likely contract this year which means future growth will be from a smaller base. As the economy recovers it will likely be 2022 before we get back to pre-pandemic levels, but government spending will still increase. So how will the government manage this problem?

I am betting the BC NDP will raise income taxes by about 10%. But this only means raising $1.2 billion. So, they will need to do more.

Increasing the carbon tax by $5 per ton per year will mean an additional $250 million. They may also raise the PST by 1% or about $1.2 billion. Raising the corporate tax rate by 1% will mean an additional $450 million. They will count on about a 5 percent GDP growth (recovery) or roughly $3 billion in added revenue. Drop off the $2 billion election giveaway. This will leave a gap of about $7 billion. Property sales are booming so this may also reduce this further by about $1 billion.

So, going forward BC will likely have a deficit of about $6 billion without any further spending increases. My guess is the NDP will start looking at asset taxes, increasing property taxes and perhaps even an inheritance tax in an attempt to further reduce this.

Given they just won an election, I suspect they will try to do ALL of these things in this spring’s budget. 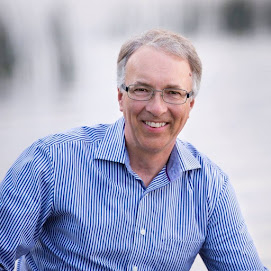 Prior to first being elected as MLA in 2005, John worked in the forest industry for more than 20 years. In 1995, he formed Western Geographic Information Systems Inc., a consulting service to the forest industry. John was also elected as a school trustee in 2002, where he worked on a variety of innovative projects.