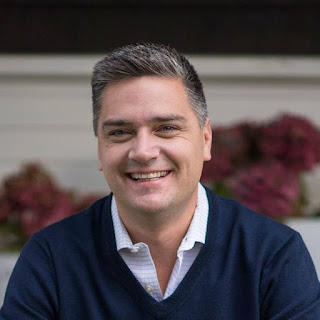 The past few months have been a difficult time for our party. Following the resignation of our former leader, I have been carefully considering whether this was the right time for me to once again put my name forward for the leadership of the BC Liberal Party.

I focused on building out a core team and engaged with hundreds of British Columbians. A talented, growing campaign team, a strong fundraising group, and supporters in every corner of the province were at the ready to formally launch a campaign.

However, after spending the holidays with my family carefully weighing the decision, I have decided that I will not be a candidate to be the next leader of the BC Liberal Party at this time.

Life’s most important decisions are those made with your heart. I am forever grateful for the support Chantelle and our three daughters have provided me throughout my political career. But it was driven home to me recently that my daughters don’t know a time when their dad wasn’t in public office.

While skiing with all three of my daughters over the recent holidays, I was struck by the reality that within the next few years, two of them may be off at university and that this period of our lives with all of us together at home is nearer the end than the beginning. I realized at that moment - in my heart - that the right decision for me and my family is to not enter this leadership race.

Thank you to the many friends, caucus colleagues, party members, and British Columbians who encouraged me to seek the leadership. I’m so grateful for their confidence, thoughtfulness, and support.

As an MLA, I’m energized to continue advocating for the priorities that matter most to my constituents here in Kamloops – South Thompson and all British Columbians. I will do my part to prioritize the health of British Columbians through the balance of the pandemic, and to ensure that people get back into jobs, and small businesses get back up on their feet as quickly as possible.

I will continue to advance ideas on how government can generate more resources through a vibrant private sector driven economy so that we are able to invest in the services and supports people need. I will push for credible policies that tackle the climate crisis, homelessness and mental health challenges. I will call for bold investments in transportation, housing and childcare. And I will support efforts to leverage opportunities coming out of the pandemic so together we can build a stronger, fairer, and more prosperous British Columbia.

Recently I wrote an open letter to BC Liberals, in which I outlined two things critical for the successful renewal of our party. First, as a party coming off our worst election result in three decades, we need to engage in a meaningful and transparent manner with British Columbians across the province and listen to what they have to say. This includes connecting with those for whom our party is no longer relevant.

We must challenge ourselves to inspire more women and young people to join us, and to ensure our party reflects British Columbia’s incredible diversity. BIPOC members, LGBTQ members. Young and old, urban and rural, coastal and interior. If we want to be the party for all British Columbians, then all British Columbians need to know that their voices, their views, and their priorities are reflected in what we stand for.

Second, we will be best served by having a broad and diverse group of candidates step up, launch credible leadership campaigns, put forward bold, new ideas, and ensure a vigorous debate about the future of our party and our province. We owe ourselves and all British Columbians nothing less.

I once again extend a heartfelt thank you to everyone for the support and encouragement. I look forward to doing my part to hold the NDP government accountable, to engage in the needed listening exercise with British Columbians and the upcoming party leadership process, and to do all I can to help elect a BC Liberal government in 2024.