FELDSTED -- As Prime Minister, Justin Trudeau has onerous fiduciary responsibilities to Canada’s people, which he is currently ignoring 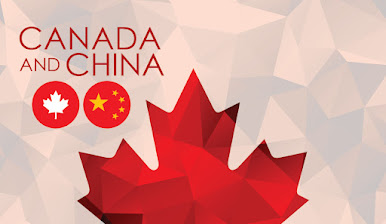 Federal Conservatives are calling on the House of Commons to recognize China’s treatment of its Uighur population as a genocide and for the Liberal government to formally adopt that position.

Tory Leader Erin O’Toole revealed Thursday that his party is tabling an opposition motion asking the House to declare that “a genocide is currently being carried out by the People’s Republic of China against Uighurs and other Turkic Muslims.”

Though non-binding, the motion’s passage would increase pressure on Prime Minister Justin Trudeau, who has been reluctant to use what he has called an “extremely loaded” term to describe reported human rights violations against minority Muslims in China.

This is as disappointing as it is irrelevant. The Chinese government will not heed a resolution by our parliament and may use such a motion as an excuse to continue the detainment of the two Michaels.

If Mr. O’Toole wants to win the next election, he might stick to issues that matter to us. It is thirteen months since the first case of COVID-19 in Canada was identified. It is eleven months since these governments declared a health emergency and took drastic actions to curtail coronavirus spread. The containment plan failed.

Why are governments allowed to extend the “state of emergency” month after month when they have failed to control the virus? Incompetence does not constitute an emergency.

The Canadian Charter of Rights and Freedoms guarantees the rights and freedoms set out in it … subject only to such reasonable limits prescribed by law as can be demonstrably justified in a free and democratic society.

Why has Mr. O’Toole not demanded that the Liberals justify the business closures and house arrests currently in effect? If those are the only tools the governments have, they need to prove that they are working and meet constitutional requirements or allow someone else to lead the effort.

Our economy is in shambles. Why is O’Toole not demanding that the government unveil its plan for rebuilding the economy? Millions of workers and business owners need to know when they can expect to regain financial security and stability. If there is no plan, the current government must resign.

Mr. Trudeau reveals in telling us that he “has a mandate.” As Prime Minister, Justin Trudeau has onerous fiduciary responsibilities to Canada’s people, which he is currently ignoring. Regaining financial equilibrium is a serious responsibility that must have priority attention of his government.

Attempting to shame China is so far down the list of priorities for Canadians it is illegible. Raising it as an issue now is embarrassing. We have every right to expect better.