FELDSTED -- The Liberals took the wrong road, not the long road 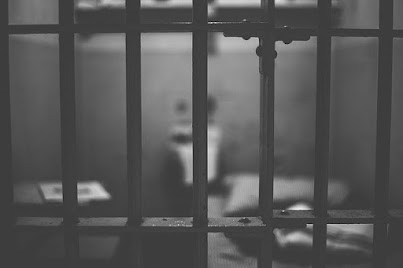 Shortly after tabling legislation to repeal a number of mandatory minimum sentences — and to allow for more conditional sentences for offenders who don’t pose a threat to the public — Justice Minister David Lametti declared that the Liberal government was “turning the page on a failed Conservative criminal justice policy.”

Turning a page on Conservative-era justice policy is no insignificant step, even if it took the Liberals five and a half years to take it.

Minimum sentences are the only means for our government to draw a line that says do not commit these offences against our society as it will not be tolerated.

The Liberals took the wrong road, not the long road.

The Liberals ducked the issue and wrote a script for a play that does not exist. Whoever came up with the meme that minorities are over represented in prisons merits an award for fiction. We don’t elect people to prison, nor do we extend invitations.

People have to be found guilty of a crime in a court and sentenced to prison by a judge. That is where the problems lay. Many minority members are illiterate and do not understand our legal system. They are coerced into pleading guilty to avoid harsher punishment.

Our failure lies in not providing a robust system of public defenders to protect an accused who cannot afford a criminal defence lawyer. At present, many people fall victim to crown prosecutors motivated by adding another conviction to their record. Justice requires a balance with public defenders holding prosecutors to account. That is not happening.

Colour and racial background cannot play any part in our justice system. Our judicial system has to prove that an accused is guilty. That requires that an accused has a quality legal defence. When an accused is appropriately represented, and a prosecutor is challenged to prove guilt rather than accept a plea we are assured that justice has been done.

The Liberal approach sets a different legal bar for members of minorities, which is unacceptable. Our justice system is not a social service department.

The notion that persons convicted of a crime are sent to prison to be rehabilitated is nonsense. Our prisons are not re-education camps. People serving a prison sentence can be offered the opportunity to change their attitudes and behaviours, but they cannot be coerced or forced.

Prisons are poorly suited to offering rehabilitation programs to inmates. Their priority is maintaining public safety by keeping inmates incarcerated for their sentence duration.

The time for delivering programs is when they are approaching eligibility for parole. They can be transferred to a minimum security setting to take programs in preparation for parole release. There they are freed from pressure from other inmates and program facilitators are free from intimidation.

Those who do not participate in programs will return to prison to complete their sentence, but they will make that choice without coercion from fellow inmates or prison officials.