RUSTAD — The Carbon Tax. Why would we want more of something that is working against our people and our economy? 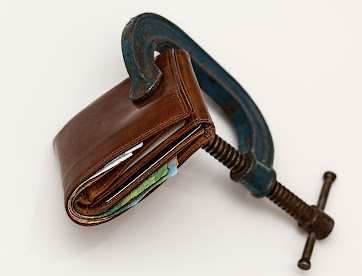 BC’s carbon tax was originally a tax transfer from income and corporate taxes to a consumption tax. On paper it was a good idea.

Unfortunately, it has gone completely sideways with the NDP making it a simple tax grab. The question is … what to do with it?

I propose a change that would help British Columbians and companies while meeting the goals originally proposed.

Many people seem convinced that taxing carbon will somehow change our environment. I suppose that would be true if you make the cost of carbon so expensive that people have no choice but to move away from using it. The end result will be a significantly reduced quality of life as everything will cost a lot more.

So, what is the solution?

Simply eliminating the carbon tax is not an option. The Federal Government’s mandate means unless something changes at that level, B.C. can’t remove the tax. In addition, the carbon tax takes in about $2 billion (and soon a lot more) a year which is not easy to eliminate or replace.

Everything we use has some form of carbon input. Whether it is blue berries or cement, everything has a carbon footprint.

Today’s carbon tax hits one of the core carbon inputs (fossil fuels) but ONLY hits BC production and companies. It makes BC less competitive, makes imports relatively cheaper and really has done nothing to reduce BC’s carbon footprint.

Why would we want more of something that is working against our people and our economy?

Here is the proposal: replace the current carbon tax with a holistic carbon tax. In other words, give every product we consume a carbon rating. Tax the carbon equally and fairly on all products.

What would this do?

Simply due to transportation, anything produced closer to where it is consumed would cost LESS than products imported from further away. In other words, this tax would support and expand local production and local consumption by making BC products more competitive.

One variation could be to set an industrial standard for any given product. If you can produce it and get it to the consumer for less, you get a credit. If it takes move, you have to pay the tax.

This would not only support BC production, but it would be an incentive for companies (foreign or domestic) to reduce its carbon footprint to take advantage of better pricing.

The challenge would be to label every good or service we consume, and to set up the taxation rating. Until we can get to a product by product labeling the tax would likely have to start with a jurisdiction rating (Chile, Mexico, California, China, etc…).

However, I suspect this type of a tax may become a model for many other jurisdictions to do the same. Companies that want better pricing would be interested in adding a carbon label to their products to be more competitive.

If we can’t eliminate the carbon tax, it should be used to support the people and economy of BC rather than punish them.