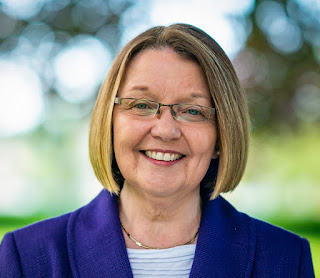 After an independent report highlighting failures by the NDP in
combating the crisis in long-term care (LTC) the BC Liberals are calling on John Horgan and the NDP government to implement standardized visitation policies for all long-term care and assisted living facilities in B.C.

“This government’s policy discrepancies have resulted in a situation where some seniors were allowed visitors while others had no contact with their families. Whether your loved ones are in a care home in Terrace or the Tri-Cities, the rules should be the same,” said Shirley Bond, Leader of the Official Opposition and BC Liberal Critic for Seniors Services and Long-Term Care.

“It’s vital that this government set clear guidelines for health authorities and care homes so that there is a standard of practice that ensures whenever possible, long-term care residents can spend time with essential visitors.”

The Official Opposition sent a letter to Health Minister Adrian Dix today asking him to address the serious issues that were highlighted in the Ernst & Young report that the NDP delayed releasing for three months until pressured by the media.

The report found that “Specific policy directives could sometimes be confusing, inconsistent, or lacking in detail, which led to operational variation, specifically related to PPE, IPC practices, single-site order policy and essential visitor policy and guidelines.”

Despite revision of visitor guidelines released on January 7, 2021, the current policy remains open to be interpreted differently by each Health Authority and continues to lead to operational inconsistencies, which are impacting the lives and well-being of B.C. seniors and their families.

“It’s clear that the government can do more to protect our most vulnerable seniors in long-term care who continue to disproportionately lose their lives to COVID-19 and who continue to suffer extreme loneliness and isolation during the pandemic,” added Bond.

“On behalf of everyone in this province who has a loved one in a long-term care home or assisted living facility, we’re calling on the NDP to step up to the plate and fix the problems identified in the LTC report by introducing standardization of essential visitor policies. It’s the least we can do to better support British Columbia’s most vulnerable seniors.”