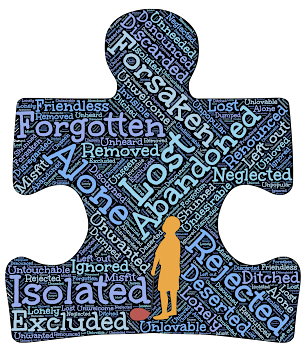 A commentary by Sandy Macdougall

According to provincial officials more than 1,700 people died from drug overdoses last year in this province. That’s more deaths by this cause than in any other year.

These same officials conveniently blame the increase in this alarming statistic on the COVID-19 pandemic and homelessness. It’s a convenient way of not having to admit to the total failure of all the varying approaches and programs promoted to combat drug use and to cope with homelessness. The official approach has resulted in hundreds of needless deaths.

The unvarnished truth is a demonstrated inability to come to grips with poverty, the most significant factor in most of these issues. The official approach to the soul crushing issues surrounding homelessness is a bureaucratic nightmare, the results of which can be seen on the streets of almost every town and city in the province.

While drugs and prostitution are usually associated with neighbourhood crime and minor thefts, many homeless people end up on the streets due to little or no fault of their own. The most glaring failure of how these issues are viewed officially is in not having done anything to effectively understand how they arrived in this sad state of affairs in the first place.

Successive provincial governments have been derelict in their duties as the direction of social policies, affordable housing initiatives and setting mandated living wages have all been left to bureaucrats who have shown little regard for any opinions other than their own.

If the bureaucrats and politicians who are responsible for setting policies in these matters have any demonstrable skills regarding their mandates, they are keeping them cleverly hidden.

If their direction and guidance had any merit, the numbers of people ending up on the streets, being forced to survive in homeless shelters, or those dying from drug or alcohol abuse should be decreasing, not growing to epidemic proportions.

Overcoming the issues associated with poverty will not be a simple task but it is an absolute necessity, or the story will remain the same and the final chapter for too many people will be a preventable tragedy.

The first step in coping with the overwhelming poverty afflicting too many people in our communities must be mandated living wages.

For those who oppose this direction and claim that small and large businesses cannot afford to pay decent wages, I have nothing but revulsion. What you are telling me is that you think your profits are more important than the lives of the people you employ and that is disgusting.