As many of you know, I was supportive of the original Medical Assistance in Dying (MAID) legislation in 2016 and in the years since as I felt the Federal Government was listening, taking in amendments and adapting the legislation carefully. 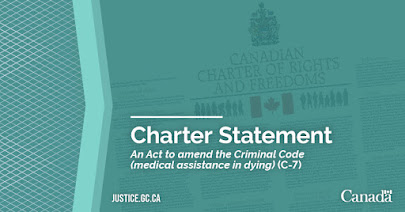 During that first debate were some of the most thoughtful, heart-wrenching speeches I have witnessed and been part of. We came up with what we thought was a reasonable framework for the first five years and I was comforted by some careful safeguards for something so new and profound.

However, in 2018 a judge from the Superior Court of Quebec struck down a provision that allows assisted dying only for suffering individuals whose natural death is “reasonably foreseeable.” This sent the legislation back to the House of Commons to remove this “unconstitutional” language under a strict timeline.

I feel this court ruling undermined Parliament’s power to issue legislation aimed at protecting the rights and interests of the elderly, ill and disabled, and preventing suicide. It should have been appealed in the Supreme Court of Canada.

Reintroduced as Bill C-7 last fall, the government moved quickly to drive their revised version of the bill through the House and on to the Senate. The Senate then passed amendments in February far beyond what elected MPs approved in December, including expanding access to those with mental illness.

These changes were pushed through in the House as the Liberals and Bloc Quebecois banded together to shut down debate and ram the bill ahead despite outcry from the Official Opposition and NDP. It received Royal Assent on March 17.

Mental health advocates, persons with disabilities and medical professionals have made it clear they believe this expansion of Bill C-7 is dangerous and requires more scrutiny. In fact, not a single mental health advocate appeared before a House or Senate committee to speak to the dangers this could cause to those who suffer from mental illness.

When a life-or-death bill comes before Parliament, it is essential that legislators have time to fully review and analyze it.  Conservatives believe that MAID required a careful legal framework.

The government suggests it struck the right balance, but in my opinion, this piece of poorly crafted legislation that removes protections should not have become the law of our land. 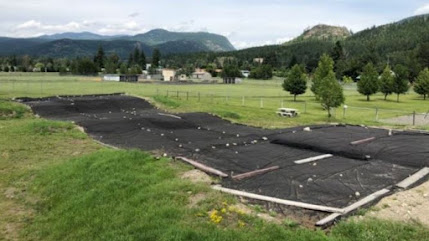 Barriere is that much closer to a dream of a concrete skatepark that would be free and available to all.

The Barriere Skatepark Society, which started in 2016, has been quietly fundraising for years now via word of mouth, its Facebook page, a GoFundMe page, and some help from the District of Barriere, including the location downtown in Fadear Park.

It has reached the point where the funding is in place to put the $174,000 project out to tender, and hopes are this will occur next month.

Organizer Dustin Doherty says with no pool or rec centre in town, the park will be a low-cost, welcome option for all ages.

They are still accepting donations through the district, to help with any unforeseen costs, and receipts will be issued (250-672-9751, email: inquiry@barriere.ca).

Kamloops – Thompson – Cariboo Conservative Member of Parliament Cathy McLeod has served with dedication and integrity since 2008. She has served as the Shadow Minister for Indigenous and Northern Affairs (2016-2019, 2020-2021) and Forestry and Mining (2019-2020).