Pipelines ... Canada must end its dependence on the US market

The revoking of Keystone XL’s permit by US President Joe Biden his first day in office highlights the risk for Canada of depending on a single country for its petroleum product exports. An Economic Note published today by the Montreal Economic Institute points out that the construction of new pipelines on Canadian soil would help the country reduce this risk and maximize revenues from oil exports, thus encouraging job creation and improving Canadians’ living standards. 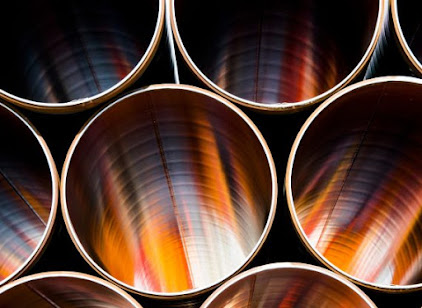 “Some 98% of Canada’s oil exports go to our southern neighbours,” says Miguel Ouellette, Director of Operations and Economist at the MEI.

“Putting all of our eggs in the same basket is a risky strategy. The Keystone XL cancellation alone represents a loss of over $50 million a day in exports for Canada,” adds Mr. Ouellette.

“Several world markets will experience substantial growth in oil demand by 2045. Demand will surge by 130% in India, and by more than 40% in a number of other Asian countries. This is a golden opportunity for Canada.”

“Over the past five years, the federal government collected an average of $14 billion a year from the oil and gas industry,” adds Mr. Ouellette.

“This tax revenue totals more than half of the sum of all provincial deficits during the pandemic,” he notes, pointing out that the Canadian energy sector directly or indirectly employs over 830,000 workers, and accounts for around 10% of our GDP. Pipelines are the safest and greenest method of transport.”

The author also underlines the fact that new pipeline projects compromise neither our safety nor the protection of our natural environment. Indeed, on average, over 99.99% of the oil transported by federally regulated pipeline arrives safely every year.

“The construction of new Canadian pipelines would maximize the volume of fuels transported by the safest, greenest means, replace imports from other countries with oil from a Canadian industry that is responsible and ethical, and diversify our exports while generating billions of dollars a year which will help refill government coffers,” concludes Miguel Ouellette.

The Economic Note entitled “Canada Must Reconsider Its Pipeline Strategy” is available on our website.