WUN FEATHER -- If people hate me because I am an Indian, they will still hate me if you change my name to Aboriginal, Indigenous, or whatever name you choose

On February 22 it was the International day to end racial discrimination. As luck would have it, I was working on a PowerPoint presentation with my team that focusses on Indigenous awareness on that day.

If you were to ask me about all the forms of racism in Canada or North America right now, I would have to bow my head in shame. Never in my 64 years on this planet have I seen it this bad. I have actually seen anti racist education that included "Whiteness" and "White-privilege" in their headlines.

How in the world can we possibly end racism if we say things like that?

Individual racism is something that happens between people when they interact with each other. Racism knows no boundaries and is not limited to a person's ancestry or religious beliefs. It has been magnified lately when certain groups are allowed to suggest that certain lives matter more than other lives.

If you put a race at the beginning of that sentence, you have just admitted to being a racist.

In a world where there was no racism at all, every life would matter equally ... period. If you argue with me on that point, that means you hold one or more races to a higher importance, and that is our problem.

Systemic racism happens when schools or institutions, or the "system" follows a discriminatory path legislated by a prejudiced society. If I was to begin somewhere, that would be the easiest thing to change, but we are not going to get anywhere by having government officials tell us that one race is more important or more equal than another. We are not going to end racism by changing my name to something else.

If people hate me because I am an Indian, they will still hate me if you change my name to Aboriginal, Indigenous, or whatever name you choose. You cannot possibly change the way someone feels about something by changing its name. The thought of that actually makes me laugh out loud.

If you were to change the name of a mosquito to a name like winged messenger, would people's attitude toward the mosquito change? Ok. Bad example because none of us really like mosquitoes.

Choose something that some people like, that others don't ... like Cilantro. Oh my gosh, I hate that stuff! But my wife absolutely loves it. That's a better example. If she was to make me a salad and change the name of cilantro to Coriander, would she be able to make me love the taste? No, my mind would still be set, I don't like that stuff.

If you think I am being overly simplistic about the effect that changing my name from Indian to Indigenous will make, then you need to wake up. That's how much difference a name change makes.

In order to actually change how people view each other, when it comes to their race, we need education. But that education cannot blame one race for all our problems! Here is another example for you.

Let's take a group of kids who are all exactly the same ethnicity in a playground. Everyone is playing an outdoor sport. One of these social justice warriors comes along and virtue signals the situation by suggesting that one of the kids is not being treated "equally enough” and tells the other kids to let him or her have more time with the ball.

What happens in that situation, is all the other kids will form an opinion about the one who was singled out by the social justice warrior. Why is that kid supposed to get more equal treatment than the rest of us?

Justin Trudeau and the Liberal government are doing that, and the media add flames to the fire. They tell society that a certain race is being picked on all the time, and they blame the white folks.

What the hell? Then all of a sudden everyone hates white people. Racism is not white. It is within every single one of us if we allow it to be.

In fact, some of my very own people call me an Apple because I am well educated and work hard for a living. They use the word Apple because it describes something that is red on the outside, and white in the inside. 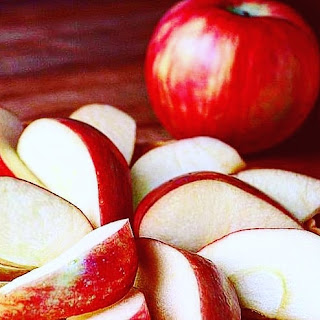 What they are actually suggesting is that someone who is brown throughout, could not possibly have a good job or be educated. That is a "white privilege". See how ironic that is?  And that racial situation is within a race.

Instead of trying to look at all people being the same, we should take a long hard look at how diverse we are. We need to look at each other and understand that we are indeed different. Ending racial discrimination is not a process where everyone gets thrown into a big social blender and we all come out the same -- a social melting pot.

I won't comply to that way of thinking.