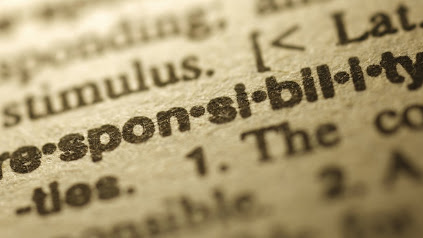 One week ago Mitzi Dean, Minister of Children and Family Development, released a statement regarding a report on fetal alcohol spectrum disorder. In the week since it's release, I have returned, numerous times, to read one of the statements she made – one which bothered me -- a lot!

"Structural racism, assumptions and stigma surrounds an FASD diagnosis and can lead to a focus on the origins of FASD rather than on the support children and youth need ..."

Two decades ago, I came face to face with government abdicating their responsibilities around the care of children, especially in this case, infants. Apparently, from what I was told, there were new, and I quote, "community standards" and I needed to get on board with the fact my old white privileged beliefs were out of date.

I’m not going to get into specifics, however let me say this situation, which still continues today, was complete and utter crap.

What in fact was happening was that the government ministries, including those responsible for children, were reducing staff and there were not enough front-line workers to ensure that – in my opinion - babies and infants were placed first and foremost as a priority by parents.

I’ll let you decide what that might have looked like, but I don’t believe you’ll have to think very hard. And it has only gotten worse now as some individuals, who have brought children into this world, spend their days in a drug induced haze spending the little financial resources they have on pot (which they cannot afford) as well as cigarettes and alcohol ... rather than on nourishing food, educational toys, and other things which at one time were considered necessities in providing an environment for children to thrive.

These new so-called ‘community standards’ were, in some cases, little more than allowing the selfish needs of adults to take priority over what should have been providing the best care possible for infants and children.

Which takes me back to my initial comment about being bothered by a statement from Children and Family Development Minister Mitzi Dean...

Ensuring the safety and well-bring of the youngest and most vulnerable of our society is not ‘structurally racist’. And I’m sorry, but if an individual gets their feelings hurt because they are called out for, say inflicting a lifetime of both mental and physical disabilities due to consuming alcohol while pregnant ... well TOO BAD!

We need to – no we must – do better ... and a dumbing down of community standards doesn’t cut it. It should not, and must not, be acceptable.

We need to go back to square one and ensure that young soon-to-be parents are able to access the resources necessary to provide for the healthiest outcomes possible in the birth of their child – including child safe accommodations, nourishing foods and medical care.

We need better education for young people so they know what the outcomes are for infants subjected to drugs and alcohol during pregnancy – they need to know the lifetime of pain they will inflict.

And we need to ensure a full range of services – when they are needed – are available for parents with drug and alcohol addictions.

Having a happy flourishing child ... rather than worrying about hurting the feelings of individuals who may (through their actions and/or inaction) subject a newborn to the heart wrenching issues they’ll suffer due from fetal alcohol syndrome ... must become the priority.

It comes down to a matter of expectations – societal expectations – and those, to me, mean children first. Because like the old saying goes, an ounce of prevention is worth a pound of cure.