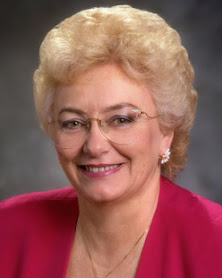 No matter whether your political beliefs are in line with them, these days women becoming the leader of a province or country is no big thing; think of Alison Redford and Rachael Notley in Alberta, Margaret Thatcher in Great Britain, Kathleen Wynne in Ontario, Angela Merkel in Germany, BC’s Christy Clark, Jacinda Ardern in New Zealand, and Caroline Cochrane in the Northwest Territory just to name a few.

BUT by becoming Premier of British Columbia in 1991, Rita Johnston made history becoming the first female premier in Canada.

Johnston first held public office as a city councillor in Surrey, a position she continued until 1982. One year later (1983) she was elected as an MLA for the governing Social Credit Party, initially under Premier Bill Bennett, and went on to hold several Cabinet positions including Municipal Affairs and Transportation and Highways.

When Bill Bennet retired as Premier and leader of the Social Credit Party, in 1986, he was succeeded by Bill Vander Zalm. Regrettably, his controversial leadership and on-going scandals eventually led to his resignation. 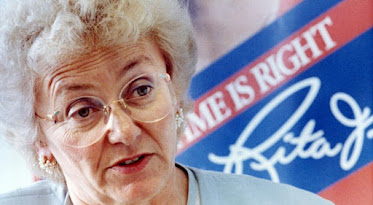 On April 2nd, 1991 Johnston then became the Socred leader, and the 29th Premier of BC.  Under her leadership she committed to giving social issues a higher priority with “more emphasis placed on violence against women, violence against children and seniors.”

In an election called later that year Rita Johnston lost her own seat as the Social Credit government was defeated, unable to recover from the scandals that had surrounded Vander Zalm and tarnished the party. Johnston then retired from public life.

In 2009 the former Premier briefly returned to politics as she joined former federal Members of Parliament Reed Elley, Randy White, Jim Hart and John Cummins – along with Brian Peckford who had been the Premier of Newfoundland and Labrador -- in an advisory role with BC's Conservatives.

In speaking about Rita Johnston, the website No Second Chances recalled the words of an unnamed by reporter who stated:

”She became the leader of the Social Credit Party after her predecessor Bill Vander Zalm resigned in scandal and had just a few months to turn it around. She didn’t manage to do this, which was no huge surprise.

You know what they say, when a political party is really desperate, they turn to a woman and get her to run the thing. In Canada, that really started with Johnston.”

Rita Johnston was a woman who upon taking on the role as Premier was initially dubbed Premier Mom, and like any mother, she worked hard to serve the people of BC starting first in her early days on Surrey City council, through to her time in the legislature in Victoria.

Thank you, Rita, for your service.