Here are my thoughts on the BC NDP's budget: 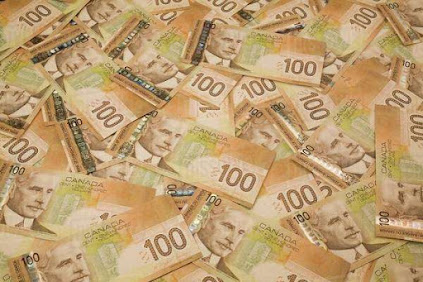 And what will we get from all of this unsustainable, uncontrolled spending? By the end of this budget period, just 2% GDP growth. In other words, the NDP are massively expanding the size of government and are paying virtually NO attention to expanding the economy to pay for it.

BC has become very uncompetitive. Our productivity is dropping and our ability to attract investment continues to plummet.

Tourism has been devastated during the pandemic. How will they recover? By government services or by attracting tourists? This government has NO plan to compete with other jurisdictions and attract tourists back to BC.

It is also a very sad statement that NO new mines have started construction under the NDP and if we do not see any new mines, there will only be 5 operating mines left in BC by 2040.

It is also very disappointing that issue of wildlife and habitat was not even mentioned once in the budget. Combine this with a cut in funding to the Ministry of Forests, Lands, Natural Resource Operations and Rural Development (FLNRO) budget and this means the NDP have NO plans to help ungulates recover.

It was also disappointing that there was NO commitment to fund the Forest Enhancement Society of BC. This society is responsible for most of the rehabilitation and planting of areas previously impacted by wildfires and is now OUT OF MONEY. But I guess it shouldn't come as a surprise given that forestry was only mentioned 4 times in this budget.

On the positive side, there appears to be a commitment to increase funding to deal with mental health issues. Hopefully this will translate to better outcomes and not just increased government employees. The Fort St. James hospital is also in the budget, which is very positive sign for getting this project built.

The budget also contains billions in unallocated funding, however. I take this as being a slush fund for NDP priorities or simply incompetence in not being able to articulate their priorities.

Another item I will call a slush fund is a $500 million commitment to a new crown agency "InBC" to spend on NDP hand picked BC companies that fit their priorities. People, Planet and Profits. In other words, the NDP will be picking winners and losers with taxpayers’ money.

The last time they did this, everything the NDP picked ended up being a losing investment. Remember Skeena Cellulous? As soon as the government handout ran out of money, the company went bankrupt.

There is more to be said but I will sum this up by saying both the Throne Speech and the Budget Speech were missed opportunities by this NDP government to really get BC recovering, and growing to support the services we need and want.

It was a missed opportunity to correct their previous errors. It will heap on a ton of debt and fiscal burden for future generations, with unsustainable spending and no plan to pay for the party.

Prior to first being elected as MLA in 2005, John worked in the forest industry for more than 20 years. In 1995, he formed Western Geographic Information Systems Inc., a consulting service to the forest industry. John was also elected as a school trustee in 2002, where he worked on a variety of innovative projects.