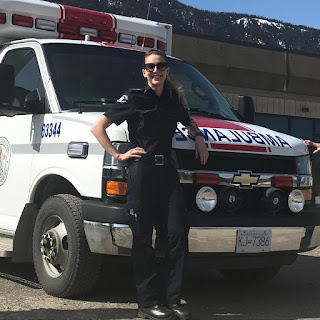 The following commentary was written by Tricia Minions, and is used with permission

I’ve been a paramedic for about 6 years now. I started my career about 5 years ago with the BC Ambulance Service (BCAS). When I started, we got paid $2 per hour on call until an ambulance was activated. After struggling financially under this system for 6 months, I thought about resigning, until we were given a base guarantee of pay regardless of activation.

This guarantee gave me my base wage at 4 hours for every 12 hour shift so I knew I would be receiving some sort of compensation for showing up to work regardless of whether or not a call came in. This was a temporary offering that we were told would remain in place until something better could be put into action for us.

Recently, the BCAS has decided to move forward with a new system that falls incredibly short of what was initially promised. The new scheduled on call system doesn’t really fix much and is asking paramedics to commit full time hours for part time pay. As well, stations such as those I worked at will be back to $2 per hour, on call, until activated.

I promised myself that I would not allow the BCAS to take advantage of me again and I stuck with that promise.

I’m lucky to have been afforded opportunities for employment in Alberta where I am compensated fairly for my time at work. While I am lucky in this way, there are many BC paramedics who don’t share this opportunity and have to work within an unfair system that does not value the education and time commitment of their staff. I hope nothing but the brightest future for my former colleagues as I bow out of my part of the fight for change.

I could write forever about all the highs and lows of my career with the BC Ambulance Service, but I’ll leave it with this ... I am worth so much more than $2 an hour.