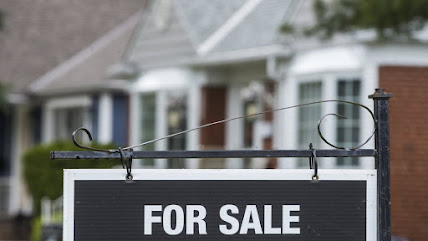 Nearly five months after the changes were first proposed, the Department of Finance and Canada Mortgage and Housing Corporation (CMHC) have enhanced the eligibility criteria for buyers in Toronto, Vancouver and Victoria.

As a recap, the FTHBI is a shared-equity program whereby the government contributes between 5% and 10% of a first-time buyer’s down payment, and shares in any increase or decrease in the home value until the loan is repaid. The buyer doesn’t need to make any monthly payments, though the loan must be repaid after 25 years or when the home is sold.

The new eligibility requirements include:

“Our government recognizes that making the choice to own for the first time is a challenge, especially in major markets where housing costs are rising fastest,” said Adam Vaughan, Parliamentary Secretary to the Minister of Families, Children and Social Development and the Minister responsible for the CMHC. “To that end, the new enhancements under the Incentive increases the eligibility of the program in Toronto, Vancouver and Victoria.”

What do the FTHBI changes mean?

The increase in the maximum household income and borrowing limit means first-time buyers wanting to participate in the program can now theoretically qualify for a purchase price up to $722,000, up from roughly $505,000 for those under the original requirements.

This comes at a time when the average house price has soared to $716,000, according to March data from the Canadian Real Estate Association. Even without the high-priced markets of the Greater Toronto and Vancouver areas, the national average price still stands at $556,828.

The question, of course, is whether the changes will actually assist first-time buyers struggling with affordability as prices continue to rise nationwide.

“No. The program isn’t really assistive to first-time buyers,” says Paul Taylor, President and CEO of Mortgage Professionals Canada. “Even with the increased 4.5 times income, all eligible participants would actually be able to borrow more using a traditional 5% down insured mortgage. As such, it won’t really create any new market entrants. It will provide an option for those who already qualify, in very specific parameters, to reduce their monthly payments at the trade-off of home equity.”

Taylor told CMT that the program is true to its name, being an “incentive” program as opposed to being “assistive.”

“The government is incentivizing first-time buyers to take on less debt and to reduce their monthly payments, but the tradeoff is reduced purchasing capacity and government co-ownership,” he added, saying the number of borrowers eligible to actually qualify for the new maximum purchase price of $722,000 “will be very small.”

Steve Huebl ... is a graduate of Ryerson University's School of Journalism and has been with Canadian Mortgage Trends and reporting on the mortgage industry since 2009. His past work experience includes The Toronto Star, The Calgary Herald, the Sarnia Observer and Canadian Economic Press. Born and raised in Toronto, he now calls Montreal home.