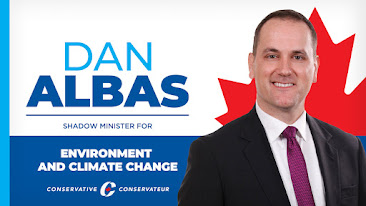 In late November of 2016 a common media headline was “Trudeau kills Northern Gateway pipeline” after the PM announced his government would not continue with the project.

The announcement to kill the Northern Gateway project also honoured an election commitment from Prime Minister Trudeau, who had previously stated that “the Great Bear Rain Forest was no place for a pipeline.”

The decision to kill the Northern Gateway pipeline project was also politically popular with many who had supported the Prime Minister in the 2015 election.

As many will know, the Prime Minister also announced that he would be supporting and approving the Trans-Mountain pipeline project, a decision that outraged many of those who celebrated the demise of Northern Gateway.

Pipeline politics are indeed very much part of our democratic process as evidenced by the opposition to the Trans Mountain pipeline from the BC Premier John Horgan and his NDP Government, promising to use “every tool in the tool box “to try and stop it.

Why does this matter? Because pipeline politics are also popular with certain politicians south of our Canada/United States border.

Many will know that President Joe Biden, shortly after occupying the Oval Office, used the power of the Presidential Veto to officially end the Keystone XL pipeline project. The Keystone XL pipeline was proposed to connect Hardisty, Alberta to Steele City, Nebraska over 1,947-kilometres to transport Canadian crude oil to US refineries.

Keystone XL is not the only pipeline being targeted by United States politicians. The Line 5 pipeline, built in 1953, runs from Superior, Wisconsin and feeds oil refineries in Sarnia, Ontario. Line 5 also carries natural gas and is considered a critical supply source of oil and gas to the Ontario and Quebec economies.

The challenge is a portion of Line 5 runs underwater where Lake Michigan meets Lake Huron at depths between 100 and 270 feet in the Straits of Mackinac.

The risk for environmental damage related to a potential spill of a pipeline that carries up to 540,000 barrels a day of oil and natural gas liquids has resulted in Michigan State Governor Gretchen Whitmer ordering the revocation of the easement for the pipeline and that it be shutdown.

Enbridge, the owner and operator of this pipeline, is exploring legal options as well as mediation to avoid the shut down that is currently set to come into effect next week.

This possible pipeline shutdown has also created considerable political tension as the Trudeau Liberal government is said to be using all diplomatic channels in Washington and with President Biden to avoid this pipeline from being shut down.

I strongly support pipeline projects however this issue raises a question to those who oppose pipelines, that is seldom asked:

Considering PM Trudeau politically killed the Northern Gateway pipeline, much as President Biden did for Keystone XL, both citing risk and environmental reasons, why is Governor Gretchen Whitmer not entitled to follow their lead?