FELDSTED – The road to infamy 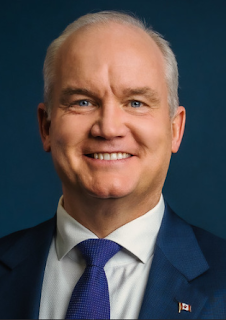 In the messy business of retail politics, marketing the party brand to acquire support and votes tends to obliterate the policies and principles that attracted core supporters at the outset.

Political support is erratic, fickle, fleeting, and ranges from extremes. At one end, we have the disenchanted and disengaged who see no value in voting as nothing changes except the faces in the media. On the other, we have those who follow trends without critical thinking. Many are motivated by perceived leaders whether or not these candidates are competent. Celebrity status is a consideration.

Political party insiders get so wrapped up in surveys, statistics, marketing strategies, opinion panels and election preparation they forget who they are and why they exist. Here’s a case in point:

Conservative Leader Erin O’Toole told CBC News a recent vote by party delegates to reject adding “climate change is real” to the policy book was a disappointment that distracted from the party’s larger plan to levy a price on carbon.

In a wide-ranging interview with CBC’s Front Burner, O’Toole said he believes the members assembled for the party’s March policy convention weren’t rejecting the actual science of climate change but rather a resolution that was “hard to understand.”

The motion also asked delegates to recognize that “Canadian businesses classified as highly polluting need to take more responsibility” and “reduce their GHG emissions,” and that the Conservative party should support “innovation in green technologies.” It was rejected by a margin of 54 per cent to 46.

“It was not the outcome I would have liked coming out of the convention floor, for sure,” O’Toole said.

O’Toole said media stories about the resolution’s demise derailed what was otherwise a well-run convention that exposed few cleavages in the party ranks. (Anti-abortion resolutions from the party’s social conservative wing didn’t secure enough votes to even make it to the convention floor.)

O’Toole said his “well-received” speech from the night before — in which he detailed a five-point plan for a post-COVID-19 Canada — was overshadowed by an onslaught of negative commentary on social media about a climate resolution that was essentially meaningless.

Many long-term conservative activists and supporters are tired of managed conventions where party executives and insiders decide what issues will not be debated. That is not an open and accountable party and is a signal of how these people will govern.

No issue should be considered politically toxic; doing so avoids practical examination of emotional topics, which is unhealthy for our society. Wherever we refuse to deal with emotionally charged issues such as racism, abortion, assisted dying, systemic sexual misconduct, or gay and lesbian persons, we eventually reach a critical point where entrenched biases have to give way.

Then the pendulum of public opinion swings hard in the opposing direction again making toxic, rational discussion of these topics, but for different reasons. What should have been a step toward increased empathy, understanding and a more open and inclusive society is destroyed by people intent on revenge for perceived and actual wrongs.

The alleged science underlying global warming and climate change has collapsed. Michael Mann has refused to release details of his climate calculations and modelling for peer review. Without modelling publication and peer review, the IPCC position on climate change is based on worthless junk science.

Mr. O’Toole was elected as leader and spokesperson for the conservative party, but that does not absolve him of a responsibility to listen to delegates representing members. They accepted his speech from the evening before but did not agree with everything he said. Dealing with the rebuke on carbon taxes like a petulant child has cost him support and an election.

We don’t need a leader easily influenced to adopt harmful carbon taxing to appease a vocal minority who have not applied critical thinking to claims put forth by people with vested and conflicts of interest in vilifying the oil and gas industry. Gore and Suzuki have become rich postulating IPCC chicanery.

Enriching foreign charlatans is not in Canada’s best interests.