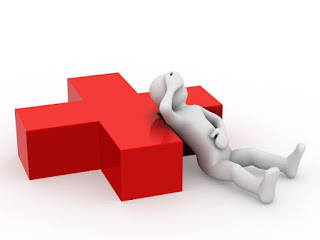 The Liberal minority government needs support from an opposition party to avoid a needed election. The NDP sees an opportunity to advance its socialist agenda. Neither party has the best interests of workers at heart. Extended sick leave has a price tag that can result in fewer jobs.

Ottawa is rejecting Ontario's offer to top up the federal paid sick leave program to $1,000 a week for provincial residents instead of creating its own.

"We believe that this is the simplest and fastest way to increase program uptake and makes this program more effective for those people who are sick, don't have employer paid sick leave, and need this program the most," Bethlenfalvy wrote.

The federal government said its wage subsidy program is already in place to help employers pay workers who are on sick leave. And the Canada recovery sickness benefit is designed to support workers who don't have a regular employer, or as a stop gap until their province mandates paid sick days, Freeland spokesperson Katherine Cuplinskas said in a statement to CBC News.

The NDP sees the chance to extend expanded sick leave benefits for all workers as its price for supporting the Liberal budget.

The people who get a kick in the teeth are small business owners and hourly paid workers.

Dealing with the coronavirus epidemic calls for drastic actions, including wage replacement that allows generous sick leave benefits for essential workers exposed to or suffering COVID-19. We need them to stay home to avoid infecting others.

Providing all workers with universal extensive paid sick leave is a different issue. Such a plan should not be implemented without comprehensive studies on (1) how much drag the move will put on our economic recovery; and (2) what impact the costs will have on small business employment and the labour market.

There is too much at risk to plunge ahead base on ideological principles. Forcing employers to carry the costs of extended sick leave benefits will mean fewer jobs.

The devil is in the details. Virus quarantines are 14 days – between 10 and 12 working days. The long sick leave is not needed except during an epidemic.

Forcing increased costs on the small business sector trying to recover from prolonged forced closures is ridiculous. The net result is that fewer employees laid off due to the epidemic will have jobs to return to. The NDP can force the Liberal hand, but the cost is increased unemployment and a slower economic recovery.

Who speaks for the working person? Certainly no one in the current parliament.