FORSETH – Spending millions and millions on training, for non-existent jobs, makes no sense 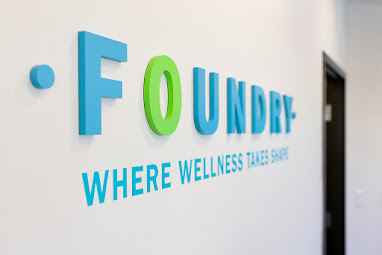 BOLD and proud this morning, a BC government media release stated, “Grant supports jobs for youth facing barriers to employment”

Now some are going to think I’m nit-picking, however, if you take a moment to read the media release, you’ll see there is actually NO jobs being provided. There is however some training being provided that might lead to a job – however remote that might be. All at a cost of $5.1 million dollars.

It’s remote because thousands upon thousands have been unemployed for many months due to the pandemic, and hiring new employees is probably pretty low on the radar for most businesses when they still have previous employees laid off.

Last night, for example, an emotionally charged Pacific National Exhibition (PNE) spokesperson Laura Balance indicated that several thousand young people would be out of work for a second consecutive year due to the PNE not taking place.

And that’s just one example --- all across the provinces there’s hundreds, if not thousands, of other examples.

So, what is this latest program going to offer, other than disappointment once it’s completed.

Same thing for the Work BC Future Leaders program, which Jobs, Economic Recovery and Innovation Minister Ravi Kahlon spoke of during the PNE segment on Global News last night (19:33 mark). No matter how many millions the government puts into programs like this – another $45 million in this case -- sadly, there are very few jobs for BC youth to be hired for.

Spending millions and millions on training, for non-existent jobs, makes no sense. So, what to do instead?

Our province has an incredibly diverse outdoor landscape that we enjoy spending recreation time in whether camping, fishing, canoeing and kayaking, hiking, and so much more.  The outdoor space we spend time in however hasn’t always received the financial resources needed to maintain it however.

Now, is an opportune time to do that. Conservation work repairing stream banks ... providing assistance in BC Parks ... while not glamourous there are hundreds of unserviced recreation sites that could be cleaned up ... trail building ... restoring fish habitats, and so much more.  Those are just a few examples of what I believe would be a better use of funds, and it would provide real and meaningful work.

Now I’ve only provided two (of many) examples of so-called jobs training programs which the government is spending over $50 million dollars on. Look at it this way – that $50 million could instead provide employment over the summer (July and August) doing those kinds of programs for say $5,000 each. And these young people would still receive training, but instead of being cooped up inside they’d be receiving hands on, on the job, training.

Provide meaningful work for thousands, with on-the-job training, and allow BC’s young people to have jobs that will provide us with a better province to enjoy, and one which is environmentally better as well.

That does make sense to me ... what about you?