FURSTENAU -- Sick pay is long overdue for workers in BC, and while this bill is inadequate to meet the needs of people, it is a start. 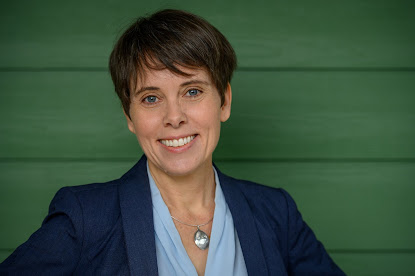 Providing sick pay is long overdue for workers in BC, and while this bill is inadequate to meet the needs of people, it is a start.

I introduced two amendments to the bill. The first proposed that government bring the permanent program back to the Legislature for review. The second amendment proposed to increase sick leave due to COVID-19 from the proposed 3 days to 5 days.  This would have gone further to bridge the gap between the provincial and federal programs.

What I had hoped to achieve with the first amendment was to provide the government with the ability to present its plan for permanent sick pay in British Columbia to the Legislative Assembly, and have that plan sent for review to a committee that consists of members from all of the parties.

Of course, as government has a majority, they would have the majority on that committee. However, it gives the opportunity for debate and the capacity for there to be the kinds of questions that we should all expect before legislation that passes in this House.

The challenge of working in the Legislature when the government has a minority is that the imperative to work across party lines is removed. The government does not need support of any other parties to pass its bills, and when opposition parties introduce or suggest amendments, they are easily dismissed.

One of the many reasons we supported electoral reform is that a proportional electoral system will generally deliver minority governments, meaning that MLAs would have to work across party lines as a matter of course.  This would reduce the swings in policy making that we typically see, and create a more consensus-driven approach to legislation and decision-making.

As elected representatives, we should always be striving to improve our democracy, our parliamentary practice, and our service to citizens and the province.

As a caucus, we will continue to put forth solutions, amendments, private members bills, and ideas to government, with the hope and intention of showing that when we serve more collaboratively, we serve more effectively.

We are back in our constituencies this week, and I am looking forward to connecting with many of you to discuss issues in Cowichan. Last week, we met with the Cowichan Leadership Group to discuss a range of issues that we continue to work on across our jurisdiction, including housing, the opioid crisis, and missing and murdered Indigenous women and girls. Among other meetings this week, I will be discussion the mental health and housing plans in Cowichan.

I am so proud of the work the BC Green Caucus and our constituency staff have done these past few weeks. We are a small and mighty team. I am sometimes astonished at the amount of work we can accomplish. It is a testament to their work ethic and their commitment to this work.

Sonia Furstenau ... is the MLA for Cowichan Valley, and Leader of the BC Greens.