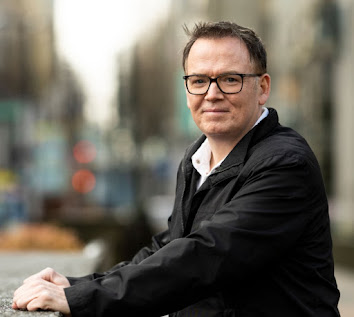 Business executive and former cabinet minister Kevin Falcon announced his intention to run for the leadership of the BC Liberal Party at a virtual launch event in Vancouver. Joining him were his wife, Jessica, and two daughters, Josephine and Rose.

"I'm honoured to be putting my name forward to be the next leader of the BC Liberal Party," said Falcon.

"The British Columbia I know is about opportunity, hard-work, and compassion. While BC was once a leader in this country — and the world — we need to work together to ensure that bright future for generations to come. I'm running to be leader for a simple reason: my daughters. I want the opportunities that I grew up with to be available to them, their friends, and your children."

Falcon is the former MLA for Surrey-Cloverdale, and held cabinet roles as the Minister of Transportation, Minister of Health, Minister of Finance, and Deputy Premier. After he left politics to care for his family, he worked as the Executive Vice President of Anthem Capital.

At the announcement, Falcon was also joined by his campaign co-chairs Dianne Watts, the former mayor of Surrey, Puneet Sandhar, a lawyer and community leader, and Wade Grant, a member of the Musqueam Indian Band, who started the event with a land acknowledgment and a statement on the importance of reconciliation.

"I've known Kevin for many years both professionally and personally — and I can say that he is the best person to lead the BC Liberals into the next phase of our party," said Dianne Watts, former mayor of Surrey, former Member of Parliament for South Surrey-White Rock, and Co-Chair for the Kevin Falcon Leadership Campaign.

"His experience and commitment to getting things done will benefit the members of our party and the people of British Columbia."

"During these difficult times for British Columbians, we need hope now more than ever," said Puneet Sandhar, lawyer, former BC Liberal candidate, and Co-Chair of the Kevin Falcon Leadership Campaign.

"I look forward to laying out my vision for BC over the coming months – from regaining our leadership on climate change, to providing better outcomes for our most vulnerable, to delivering on big projects that create jobs and grow the economy," Falcon concluded.

"Together, we can lead BC with bold, visionary ideas that will put us on the map as leaders, once again. Let’s go!"

The BC Liberal Leadership Election is scheduled for February 3-5, 2022 with the deadline to join the party on December 23, 2021. For more information, please visit https://www.kevinfalcon.ca.