DAN McTEAGUE -- Net Zero Part Three: No One Tells You How Much it Will Cost 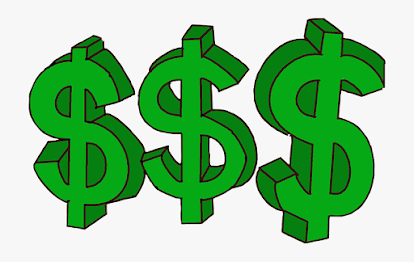 The article references an internal memo from a senior public servant at Natural Resources Canada (NRCan - the federal government department that deals with resource issues such as energy). NRCan Assistant Deputy Minister Mollie Johnson, a senior bureaucrat, is the memo’s author, and in it she notes that the department has been looking into questions on how, amongst other things, the “Net Zero by 2050” campaign will affect affordability for consumers.

Now, the National Observer provides a customary green dodge on the legitimate question about the costs of Net Zero by 2050, noting that this is the kind of question oil and gas industry players focus on. The National Observer goes on to insist that the real issue is that the costs of the climate crisis are soaring – they do not really specify what costs except to point to weather events and suggest these are getting worse and that the costs of them are becoming unmanageable (both are untrue - we will address in a future blog).

It is as if they are saying “How dare energy companies and their lobbyists have the nerve to ask questions about how government policy will affect their interests! How dare Mollie Johnson suggest questions concerning a policy’s impact on affordability might be appropriate for government officials to consider before advancing the policy!”

To the environmental activists and their friends at the National Observer, the very act of daring to raise one's hand and ask about the radical green agenda that is Net Zero by 2050, to ask ‘how much will it cost?', is simply unacceptable. Indeed, to the activists, raising such questions is so unacceptable that asking such questions should be forbidden.

And these green propagandists consistently fall back on the usual apocalyptic rhetoric about a “climate emergency” or “climate crisis”.

ADM Mollie Johnson of NRCan appears to be doing what you would hope a public servant would do: asking how much a policy will cost the taxpayer. Thank you, Ms. Johnson!

But in this time of ideological green fervor, in the cult of climate action, you cannot dare ask such heretical and vulgar questions as how policy will affect the economic well-being of citizens.

I encourage all of our readers to do just that. Call your local utility, or bank or insurance company, or a mining company, or any other company that is currently espousing a commitment to Net Zero by 2050 - and ask them how much it will cost. How much will it cost in terms of direct taxpayer dollars? How many jobs will this cost? How much in lost tax revenue will it cost the government when the jobs are gone?

My bet is they can’t answer your question … they don’t know.

An 18 year veteran of the House of Commons, Dan McTeague is widely known in both official languages for his tireless work on energy pricing and saving Canadians money through accurate price forecasts. His Parliamentary initiatives, aimed at helping Canadians cope with affordable energy costs, led to providing Canadians heating fuel rebates on at least two occasions.