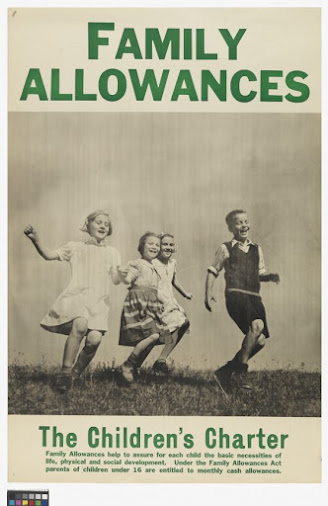 On May 28th, the Prime Ministers Office issued a self-glorifying media release – one in which Prime Minister Justin Trudeau more, or less, took credit for a program created much before his time. Here is how that media release began (italics and bold added by me)

The global COVID-19 pandemic has made life more difficult for Canadian families. That’s why the Government of Canada has taken action to support parents through this crisis and helped make life more affordable for all families, including through the Canada Child Benefit (CCB).

Since its implementation in 2016, the CCB has given more money to about nine out of ten Canadian families, grown the middle class, and helped lift nearly 435,000 children out of poverty.

Trudeau is so sure of himself – in other words overly confident or arrogant -- that he made the above claim, even though it is patently false.

I’m in my 60s so I am well aware of what used to be called Family Allowance, or baby bonus ... a benefit which was paid to families to help with the costs of raising a child(ren). Through a series of transitions begun in 1993 under then Liberal finance minister Don Mazankowski, the original baby bonus transitioned into what has now become the Canada Child Benefit.

Paying a per-child bonus to parents was brought about in 1945 by then Prime Minister William Lyon Mackenzie King.

In fact, according to a March 2019 National Post article ... in 2019 alone, Trudeau has mentioned the child benefit 36 times in the House of Commons, sometimes several times a day...

“The bottom line is that a program that the Liberals alluded to as being simply ‘beer and popcorn’ money, they now embrace.”

McLeod went on to tell me, “The Conservatives created the UCCB program, and it has been enormously beneficial to Canadian families.”

Providing assistance to Canadian families with children didn’t begin with Mazankowski in 1993 ... it didn’t begin with Paul Martin in 1998 ... nor did it begin in 2006 under Prime Minister Stephen Harper ... and it most definitely didn’t, as Trudeau claims, begin in 2016.

I guess, however, credit must be given where credit is due.  Trudeau was a drama teacher and I guess he learned his trade well because no one I know even questioned the claims his office made one week ago.

Canada’s media needs to start fact-checking the Prime Minister, because the misleading claim of May 28th – one of many made by Trudeau – need to be refuted when blatantly untrue.