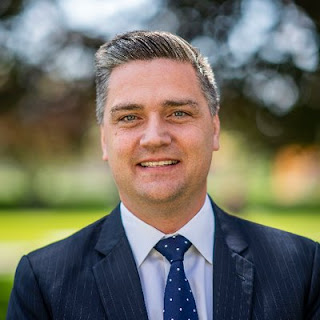 THE FOLLOWING IS a media release sent out, in the early evening, last night (June 16th)

"Today I am proud to announce my support for Kevin Falcon,” said Stone. “I know the hard work that lies ahead for the next leader and I believe Kevin has what it takes to lead both the party and the province through these challenging times.”

Stone was first elected to the legislature in 2013 and was a candidate in the 2018 BC Liberal Leadership election. He served as Minister of Transportation from 2013 to 2017 and is currently the Opposition Critic for Jobs, Economic Recovery, and Innovation.

“Kevin will champion big, bold ideas.” continued Stone “[He is] someone with a vision for British Columbia that propels us forward. Someone who won't just settle for an economic recovery, but actually thinks about building for our next generation.”

Falcon and Stone were in Vancouver to make this announcement one month after the official launch of the Kevin Falcon Leadership Campaign.

“I have a great amount of respect for Todd, both professionally and personally,” said Falcon. “We’re driven by the same desire to create a better future for our daughters and children right across this province. Todd and I want a BC for all of our children that gives them the same opportunities to succeed right here at home in British Columbia”

Stone joins MLAs Mike Morris, Ian Paton, and Trevor Halford in endorsing Falcon to be the next BC Liberal Leader. Falcon has also been endorsed by his campaign co-chairs, former Mayor of Surrey Dianne Watts and former BC Liberal candidate Puneet Sandhar.

“Kevin knows how to get the job done,” concluded Stone. “He will recruit the next generation of young, diverse, passionate candidates to help him implement [his] vision for BC.”

The BC Liberal Party will vote for their new leader between February 3rd to 5th, 2022.