WUN FEATHER -- Message to the Mainstreet Media; stop telling Canadians that we live in a racist country. Stop trying to make us believe that systematic racism is running rampant. 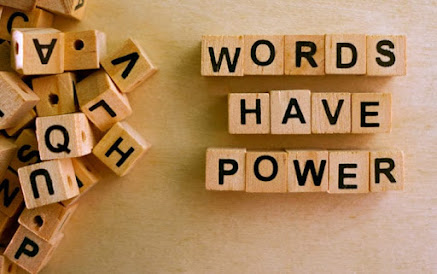 In the 1970's, I lived in a small town in Central BC. I would spend a lot of time in the old Vanderhoof Inn before it burned down, or in the Fraser Lake Inn.

I remember almost getting into a fight with a big guy named Ben. He and his friends, Jim, and Darwin and Lorne, were talking amongst themselves, and I made a smart aleck remark. Somehow one of the fellows had heard about me and started to laugh at what I had said.

We all laughed, and from that day forward we were all good friends.

I want you to know that I was the only Indian guy within that circle of friends, and one day years later, I just had to ask the question. I asked if they did not like me at first because I was First Nations?

They just laughed and said: "You were an Asshole!"

Race had nothing to do with how they felt about me. I could easily tell you that those fellows were all racist, but the truth of the matter is that I was just a troublemaker back then. But I am not saying that racism does not exist.

One time my friend Jake told me that this guy named Doug Kelly had just broken his arm, and he needed a skidder operator. I called Doug and he arranged to pick me up in Endako and take me to Andrews Bay on Ootsa Lake, where I would run his skidder for him. Cool.

I had all my PPE and gear packed in a wrestling bag, and it was in the driveway.  I watched as this pickup backed into the driveway, a grey-haired white guy got out of the pickup and opened the canopy and tailgate. I walked out the door and grabbed my gear to throw in his truck.

As soon as he saw me, he closed the tailgate and the canopy. He said that he just stopped to tell me that a friend of his was going to run his skidder for him, and away he went!

I called my old friend Jake and told him what happened. He said that he had called old Roy Saunders, and his foremen George needed a cat operator and an off-road logging truck driver!

Old Jake picked me up on his way to camp, and we got there late that night. The next day, I was running and old D7 on the log landing, and guess who drove past me with a winch load of trees behind his skidder?

Yep ... that Doug guy ... with his arm in a cast! During the next month, that SOB never looked at me, even though we stayed in the same camp and took all our meals in the same room.

Was it racism, or maybe he just didn't like young Indian people?

I have a reason for telling you this story, and that is so that all my friends know that I understand the difference between people not liking me because I am an asshole, like Ben Carlson said, or people not liking me for another reason ... a reason I have no control over ... and this brings me to my point.

Right now, the Liberal and NDP governments, along with the mainstream media, would like you to think that every hate crime, every indignity towards others, is racially motivated. That's bullshit, and we all know it.

Some of the violence is due to social differences.

Some violence toward others is driven by fear of others, and most of the violence can be traced back to money issues or substance abuse.

People choose to live a life of crime, to scrape up enough cash for drugs, or other vices, and when regular people get in the way, stuff just happens. But there is no sensationalism in reporting the truth.

Telling Canadians that we have more unemployment than ever before, which causes people who used to have jobs to resort to criminal activities to make ends meet is not good news. It is much more dramatic to create the narrative that racism is at an all time high.

The problem with this situation is that my people listen to the news. Muslims, and other people who believe the mainstream media, think that everyone hates them. But I don't hate them. And my people think white people hate them; it must be true because they saw it on TV.

It is true that there is racism in Canada, but there always has been. And what the government and the media won't tell you is that racism flows both directions.

I have friends and family members who call people "Settlers" and "Colonialists", and other derogatory names. And then they want you to think that only White folks are racist.

Some people (like me when I was younger) bring distrust and dislike upon themselves by the way they talk to others and the way they treat people. But it isn't racism; I was just a jerk. I could have played the racism card, and you fine folks would believe me.

Lorne Sailer and Jim or Darwin Harder probably never even realized I was a Native guy. Or, if they did, they most certainly never; EVER mistreated me due to my nationality.

And now I would like the Mainstream Media to stop telling Canadians that we live in a racist country. Stop trying to make us believe that systematic racism is running rampant.

Racism could be brought to its knees if Prime Minister Justin Trudeau would actually stop promoting it.

We are being divided by our government. Brown against white, vaccinated against the non-vaccinated, Muslims against Christians.

I would love it if we all just looked at each other and recognized that we are indeed different from each other ... and do like us young fellows did in Fraser Lake many years ago. We tossed our differences aside and became great friends.

If you can agree to do this, we can all put this racism stuff to bed. I am willing to try it ... how about you? 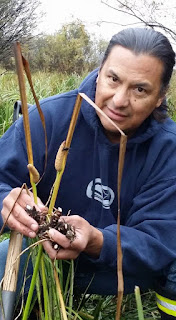 I am one of the last of my generation to have actually attended residential and Indian day schools. I have lived on and off reserve and have seen the benefits and the hardships of my people in both situations.