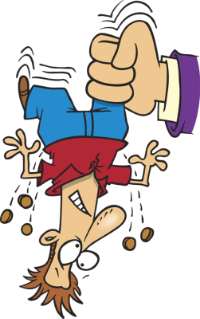 It seems inevitable that this government will continue, over and over again, to give me fodder to chastise them – although in this case I, along with nearly all British Columbians, should be incensed.

This time around, the government is crowing that they will be bringing down costs to British Columbians in 2022 – the problem is, EVERYTHING they proudly patted themselves on the back for was already initiated in the current year we’re in -- 2021.

First up is ... expanded $10-a-day childcare and reducing average fees by as much 50% by the end of 2022 for children under six. This was announced multiple times during the year – just one of which was on July 20th, 2021 (Expansion of $10-a-day childcare coming for families) --- that’s nearly half a year ago!

Next ... was a reminder of free public transit for kids under 12. This one actually goes back to September 1st when the following announcement was made; Transit free in B.C. for children 12 and under --- 17 weeks ago

Then the NDP government of Premier John Horgan wouldn’t want us to forget about ... the biggest rate reduction in ICBC's history. This one, as noted in a CTV news story, goes back nearly a full year, January 14th. (B.C. Utilities Commission approves ICBC's request to lower rates by 15 per cent, for now)

AS IF THAT WASN’T ENOUGH ... they continued the self-congratulatory back patting with reminding us of things going back over four years including:


Honestly, I’m surprised they didn’t go back to Dave Barrett’s NDP government of the 1970’s to add more to the list.


My point, however, is this.

Self-promotion - such as was included in yesterdays News(?) media release – is generally paid for by political parties. In other words, NOT taxpayer funded media departments.

Notice, as well, the provincial government wasn’t in a hurry to remind us of the impending Carbon Tax increase which will be talking place on April 1st of 2022.

Those living in the Metro Vancouver area of the province, as well as the Capitol region and the Fraser Valley, normally wouldn’t even give much thought to that. Those of us in the Interior, the North, as well as the Rockies and Kootenay regions however, have been running our furnaces steady over the past week trying to keep up with frigid temperatures that have been well below zero.

Guess what? The upcoming Carbon Tax increase will have a big impact on home heating fuels.

According to the Canadian Taxpayers Federation ... the average home in Canada uses about 2,442 cubic metres of natural gas per year. The carbon tax increase will add $233 to a family’s natural gas bill in 2022.


But that’s just the average.

For those living in colder areas of the province, such as the Peace River region where temperatures have dropped into the near -40 range, they'll be looking at increases far in excess of that.

Now let's just remember that the rationale for bringing in the Carbon Tax, in the first place, was to lower greenhouse gas emissions. Let me ask you this question however, “How many of you plan to lower the thermostat in your home right now?”

That same Carbon Tax increase will also impact the family car, or vehicles used to get to and from work where city transit is either not available --or where schedules just do not fit with the needs of workers. (Anyone seen BC Transit buses headed into the woods getting forestry workers to their jobs?)

The Carbon Tax on fuel will be increasing to 11 cents per litre. Again, according to the Taxpayers Federation that means the cost of the Carbon Tax on a fill-up for the family mini-van will increase to $9, and for a pick-up the increase will be over $11. 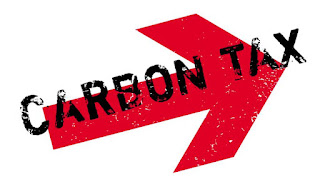 AND ... what about the added cost on the carbon tax increase for fuel on transport trucks that bring in all of the good we require? Clothes ... groceries ... winter outdoor gear to keep our children warm ... footwear ... furniture and appliances.

All of those things and more will see prices rise due to the carbon tax increase coming our way in 2022.

What the government giveth (usually little), they also take away (generally more), so I’ll give NO kudo’s to the BC government.

Instead, I’ll ask, why isn’t the New Democratic Party paying for their own self-promotion?  Why are taxpayers footing the bill for those in the media department that crank out releases such as the one sent out yesterday (December 28th).

British Columbians will be hit with higher costs, and expenses, in the new year ahead. That’s a fact, no matter how hard Horgan’s NDP government tries to make us believe otherwise.