FORSETH: Falcon isn't the leadership candidate the NDP are concerned about; they already have a campaign mapped out to discredit him when the next provincial election is called 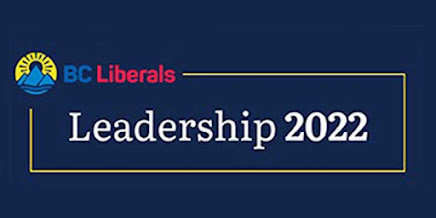 Yesterday I received a leadership campaign email touting Kevin Falcon as having support of the most sitting MLA's, and it also claimed he has the most experience of all of the candidates.

Here's what I think about that:

1) The most Endorsements often makes no difference because it's the membership that make the decision who THEY want to lead the party.

2) On the issue of Experience. Ellis Ross is the one leadership candidate who is most connected to everyday British Columbians. Ellis knows what it's like to come from simple roots --- to have worked hard with his hands -- to have championed the economic well being of his community AND he knows firsthand how good jobs can transform communities. That’s real-life everyday experience!

It should also be noted that because of his community service, Ellis was awarded the Order of BC in 2014 and the Queen Elizabeth II Diamond Jubilee medal in 2013.

All of that aside, when Ellis Ross speaks, he speaks from the heart with a message that British Columbians -- no matter where they live, what they do, or their background -- can understand. It's real because he believes what he is saying. It's not from a prepared script someone else wrote for him. It's the words, feelings, and beliefs of Ellis Ross himself. And that resonates with people because they know he is sincere.

Oh, and one more thing. Kevin Falcon isn't the leadership candidate the NDP are concerned about --- they already have a campaign mapped out to discredit him when the next provincial election is called.

Ellis Ross on the other hand?

How do you discredit the one candidate committed to making fundamental change to BC politics, re-engaging the grassroots, and who has no baggage from the past?

And the re-engagement with grassroots British Columbians, from every corner of the province, is what the NDP fear most.

The NDP no longer rely on the working class, they've given up that ground. In 2024 Ellis Ross will use that mistake to rally people around his message of Change That Can Win.

The next leader of the BC Liberal Party will be announced on Saturday February 5th. That very week the NDP government of Premier John Horgan will give their Speech from the Throne – the blueprint of their plans for how they plan to govern over the coming month.  A little over 2 weeks later Selina Robinson will give the Budget Speech which will then be debated on the floors of the legislature. 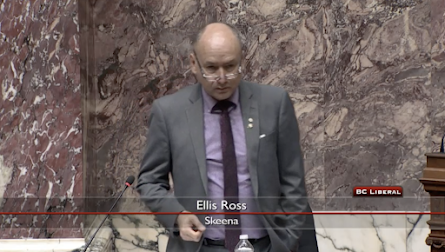 Ellis Ross will be right there as an elected MLA ready to hold the NDP to account beginning on Day One.

Kevin Falcon on the other hand?

First of all, he’ll have to wait for a sitting MLA to give up his seat, which would then allow him to run in a by-election – something Horgan can hold off doing for 6 to 7 months. And it’s highly unlikely that Horgan would call one any sooner as he knows the most damage that can be inflicted on his government can, and will, be made from within the legislature.

Nothing, of course, is certain until the ballots get counted. Still, I’m believing that the right individual will become the next leader of the BC Liberal Party ... Ellis Ross.