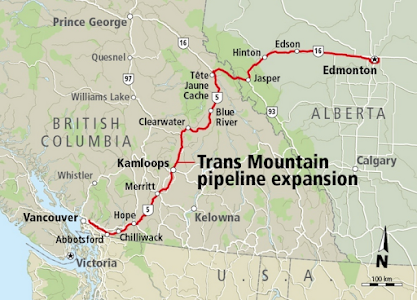 Changes to the Environmental Assessment Certificate for the Trans Mountain Expansion Project, and recommendations to other agencies, have been made by George Heyman, Minister of Environment and Climate Change Strategy, and Bruce Ralston, Minister of Energy, Mines and Low Carbon Innovation, for the pipeline project that runs between Edmonton and Burnaby.

The federal government then used this 2019 reconsideration report to inform its decision to approve the project again. In September 2019, the B.C. Court of Appeal, in two cases, decided that because the ministers who issued the provincial certificate relied on the NEB’s assessment, they should have the opportunity to consider the changes in the NEB’s reconsideration report and determine if any changes to the certificate conditions, or the addition of new ones, are necessary, within the limits of provincial jurisdiction.

Upon direction from the ministers in March 2020, the Environmental Assessment Office (EAO) undertook a review of the changes in the 2019 NEB reconsideration report on aspects of the project related to marine shipping. The EAO considered the portions of the 2019 reconsideration report that differ from the initial 2016 report to determine if any changes to the certificate conditions previously approved by ministers in 2017, or the addition of new ones, were required (within the scope of the provincial reconsideration process and the limits of provincial jurisdiction). More details are available in the ministers’ reasons for decision, below.

As part of the provincial reconsideration process, the EAO invited Sḵwx̱wú7mesh Úxwumixw (Squamish Nation), səlilwətaɬ (Tsleil-Waututh Nation) and the City of Vancouver to participate in the process and formed a provincial advisory group to provide technical expertise and support the EAO’s understanding of key issues. The EAO also engaged marine Indigenous Nations, federal government departments, Trans Mountain and other parties, and held a 45-day public comment period prior to making recommendations to ministers. 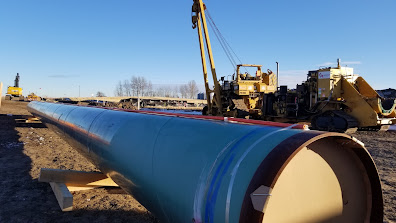 The EAO set clear criteria to analyze the NEB reports and submissions received through the reconsideration process to determine what changes should be made to the Environmental Assessment Certificate, in particular:

As a result of the reconsideration process, the Province is making the following changes to the provincial Environmental Assessment Certificate:

In addition, Heyman and Ralston have provided advice to the federal government to consider and take action on concerns raised by participants during the reconsideration process that were outside of the B.C. Court of Appeal’s direction.